It has been just two days since 34 years old Michael Clarke has announced his retirement from international cricket. It isn’t the opportune moment for anyone to criticise Clarke, but this is exactly what Andrew Symonds has done. According to Symonds Clarke is not a “natural leader”. Symonds also hinted on old misunderstandings between him and Clarke. It needs to be mentioned here, that this morning former Australian swashbuckling batsman Matthew Hayden also alleged that Clarke had once said that he will hand over his baggy green cap and stop playing Test cricket when he was asked to field at short leg. READ: Michael Clarke lived by the sword and died by it

In a conversation with foxsports.com.au Symonds said, “To me he wasn’t as natural leader as we’ve had in the past. It was very easy to fall in behind a Steve Waugh or Ricky Ponting when asked to do something. They were the sort of men that didn’t need to say a great deal. Michael’s got a completely different style, which he’s entitled to. I didn’t play a great deal of cricket under him. I played quite a lot with him, but he’s got his style.” Clarke was previously accused of using a private car while the rest of the team used a bus. To this Clarke had said that it was “a load of s–t”. Symonds added, “It’s a situation which will be debated and talked about for quite some time, his style, and the way he’s gone about things over the years. READ: Ashes 2015: Michael Clarke rubbishes rumours about off-field friction in Australian team

Symonds and Clarke were close buddies however their friendship turned sour when Clarke and his leadership group punished Symonds for going for fishing in 2008. Symonds should have attended the training camp. Their friendship came to an abrupt end when Symonds was found drinking during the World Twenty20 outside the hotel where the team stayed. This happened in England. Symonds, at that time had said that he was not speaking with Clarke sine then. Symonds said today, “I’ve moved on from that time in my life. It’s a shame it happened. But as we all know you can’t get on with everyone and in a group of men like that there will be clashes.” ALSO READ: Michael Clarke once threatened to return baggy green, reveals Mathew Hayden

“I did some silly things in my time but there was a number of things I didn’t agree with and still don’t that Michael does and says.” Hayden and Symonds are close friends and they also have a similar opinion about Clarke. Hayden also strongly opposed making Clarke Australia’s  captain (in 2011) and this has been revealed in Daniel Brettig’s book Whitewash to Whitewash. Hayden had pointed out many reasons to say why Clarke was not the right person to be given captaincy. He doubted his hegemony skills. . “His uneasy relationship with Ponting, the perception of Clarke as a cause of trouble in the team … his departure from New Zealand to break up with Lara Bingle, and his bust-up with Simon Katich on Hayden’s final night as a Test cricketer.” 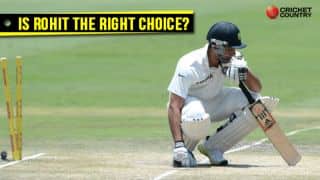 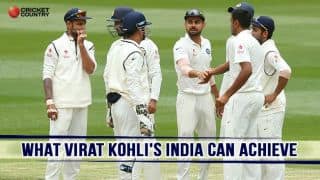