Mike Procter, the match referee in the 2007-08 Border- Gavaskar series which was infamous for many controversies including the monkeygate .

Mike Procter was the match referee in the 2007-08 Border- Gavaskar series, which was infamous for controversies including the monkeygate .

Procter, in his autobiography, supports Ricky Ponting s declaration that Cricket Australia folded to appease Board of Control For Cricket In India (BCCI). He also revealed that India also shifted their defence in the case against Harbhajan Singh.

The ugly incident in 2007-08 had started much prior, in 2005, when Andrew Symonds was mocked with monkey gestures and taunts by the crowd. Harbhajan Singh, who had joined the act, was later confronted by angry Symonds.

The 2007-08 Border-Gavaskar trophy is known for poor umpiring decisions and wrongly claimed catches by the Australians. All these incidents had already spoilt the atmosphere when Harbhajan was accused for calling Andrew Symonds monkey while batting.

Harbhajan was found guilty and banned for a match due to convictions. Sunil Gavaskar claimed that the board had accepted the word of a white man over a brown one.

It was a massive generalisation and went against every bit of my moral fibre, Procter wrote in his autobiography. 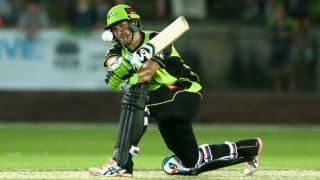