Powar is unlikely to get an extension as his interim contract ends on November 30.

Mithali was left out of the team despite being fit and Kaur had gone on to justify the call even after the humiliating eight-wicket loss on Sunday. Both the senior players along with manager Trupti Bhattacharya met BCCI CEO Rahul Johri and GM (Cricket Operations) Saba Karim.

“Yes, we [Johri and Karim] met Mithali, Harman and manager Trupti Bhattacharya. All of them met us separately and put across their viewpoints. We have noted everything down,” Johri told PTI.

However, he refused to divulge the details of the meeting. “Please don’t ask me what has been discussed during the meeting,” Johri said.

It is expected that Johri and Karim will present a detailed report to the CoA which will then assess and, if required, speak to the individuals concerned.

There is speculation that one of the CoA members have spoken to Mithali but it couldn’t be independently verified. Coach Ramesh Powar is expected to meet Johri and Karim on Wednesday.

While this may not exactly be related to the selection fiasco in Antigua but Powar is unlikely to get an extension as his interim contract ends on November 30.

The BCCI will continue with its policy of inviting fresh applications for the coach’s position and Powar will also be eligible to apply.

“Even a player of Anil Kumble‘s stature was asked to re-apply and we don’t see a reason why there should be an exception for Powar. Obviously, Ramesh can also apply but afresh interviews of interested candidates will take place,” a senior BCCI official said on condition of anonymity.

A strong possibility exists that Mithali may never play the shortest format for India again and, like her contemporary Jhulan Goswami, and only concentrates on 50-over cricket. 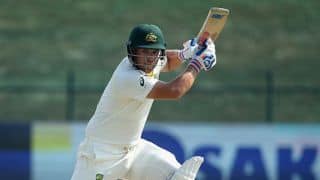