England wrist-spinner Adil Rashid has also been added to the World XI squad.

India fast bowler Mohammed Shami has replaced an indisposed Hardik Pandya in the ICC World XI squad for the May 31 T20 International against the West Indies at Lord’s. England wrist-spinner Adil Rashid has also been added to the World XI squad. All the proceeds from this match will be used to redevelop the stadium in the Caribbean, which were damaged due to hurricanes last year.

Shami has replaced all-rounder Pandya, who has pulled out due to a viral infection, and will join Dinesh Karthik as the second India player in the side which also includes one player each from Afghanistan, Bangladesh, Nepal and Sri Lanka, and two players each from New Zealand and Pakistan.

Rashid is the second England player in the star-studded line-up after Eoin Morgan was named as the captain. The 30-year-old Rashid has played 28 T20Is in which he has taken 23 wickets. He was also a member of the England side for the ICC Champions Trophy 2017, where the home side reached the semi-final.

Shami has represented India in seven T20Is in which he has picked up eight wickets, while he also featured in the ICC Champions Trophy 2017 when India finished as runners-up. 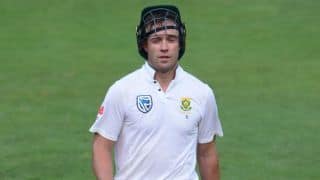 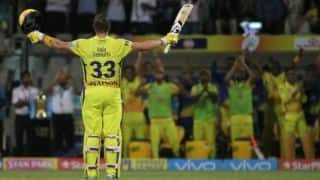