A statement said Kamal himself confirmed that he had not resigned from ICC.

Dhaka: International Cricket Council (ICC) president Mustafa Kamal has dismissed “rumours” that he was resigning his post. Kamal had termed the umpiring in Bangladesh’s quarterfinal match against India as “poor” and threatened to step down after the match on March 19, reports bdnews24.com. Top 10 batsmen in ICC Cricket World Cup 2015

The outcome of the match was marred by several controversial umpiring decisions. Kamal also said that if ICC did not probe the matter and take measures against it, he would step down as its president. When news of his resignation spread on social media sites, Kamal’s ministry issued a media statement terming the news as “rumour.” Top 10 fielders in ICC Cricket World Cup 2015

The statement said Kamal himself confirmed that he had not resigned from ICC. Along with former cricketers and analysts, Kamal came down heavily on the “poor” umpiring in the match. ICC chief executive David Richardson termed Kamal’s comments “very unfortunate,” going on to say that it was not right of him to question the match officials’ integrity. “As an ICC president, he should have been more considerate in his criticism of ICC match officials, whose integrity cannot be questioned,” Richardson said in a statement. ICC Cricket World Cup 2015: Complete Coverage 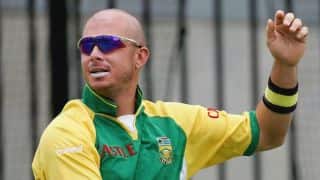