Christchurch: Veteran umpire Billy Bowden‘s international career may well be over as New Zealand Cricket (NZC) on Thursday demoted him to the national panel. The 53-year-old Bowden, who officiated in 84 Tests and 200 one-day internationals over 21 years, amused fans with his unorthodox signals, especially his trademark crooked finger with which he indicated dismissals. Along with Bowden, Derek Walker and Phil Jones were also demoted, while former first-class players Shaun Haig and Chris Brown have been promoted to the international panel alongside Wayne Knights. VIDEO: Glenn McGrath receives a red card in a cricket match!

“It’s a massive opportunity for the guys and they deserve it based on their umpiring performances over recent seasons,” NZC match officials manager Sheldon Eden-Whaitiri said on the NZC website. “We’re delighted to see more former players coming through the umpiring system and hope it continues to be seen as an attractive pathway,” he added. Bowden was dropped from the International Cricket Council’s (ICC) elite panel in 2013, returned in 2014, but was omitted again after umpiring the Test between the West Indies and England in May 2015 in Barbados. Ashes 2013-14: Umpire Billy Bowden loses count of deliveries twice

Long back, The International Cricket Council (ICC) had announced the Emirates Elite Panel of umpires for 2014-2015, commencing from July 1, following the annual review and selection process. The only change in the panel from last year at that time was the return of Bowden who replaced Tony Hill. Hill had stepped down from the elite panel earlier this year to take up the role as New Zealand Cricket (NZC) umpire coach. 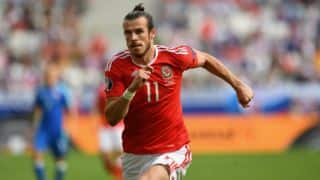 Euro 2016, Group B, England vs Wales at Stade Bollaert-Delelis, Live Streaming: Watch Live telecast of ENG vs WAL on Sony Six at 18:30 pm in India