Bharat Popli will lead the NZ XI in the two-day game at Bert Sutcliffe Oval.

Adam Milne has been chosen to spearhead the New Zealand XI bowling attack to face Bangladesh in a two-day warm-up game in Lincoln this weekend.

Ahead of the first Test against New Zealand in Hamilton from February 28, the touring team will meet the NZ XI, led by Northern Districts batsman Bharat Popli, at Bert Sutcliffe Oval in their only practice game after end of the ODI series on Wednesday.

The NZ XI openers are the Wellington duo of Jakob Bhula and Andrew Fletcher, with Dale Phillips, Nick Kelly and Ken McClure comprising the middle order. Otago s Max Chu will keep wickets in the two-day match which coincides with Thursday s fifth-round of the Plunket Shield, while Canterbury s Blake Coburn and Otago s Ben Lockrose are the spinners named in the squad. (READ: Batting, bowling worries for Bangladesh as whitewash looms)

We ve pulled together a competitive side which features a number of our Under 19 World Cup players from last year and they should give Bangladesh a quality hit-out ahead of their three-Test series against the Black Caps, which starts next Thursday in Hamilton, said the selector Gavin Larsen. It will be exciting to see how the pace-bowlers go as they are three of the quicker guys on the domestic circuit and will be keen to test themselves against international opposition.

We re especially looking forward to seeing Adam with the red ball in his hand as he continues his bowling progress after a positive return in the Burger King Super Smash. (READ: World Cup door still open for injury-prone Milne and Anderson)

The NZ XI beat Bangladesh in a one-day warm-up game earlier this month, and the tourists are 0-2 down in the three-match ODI series versus New Zealand. 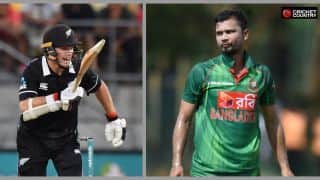 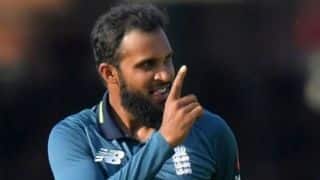