Ross Taylor is 43 runs short of reaching the 8,000-mark in ODI cricket, which will make him the second New Zealand batsman to reach that milestone.

A further eight runs will make Taylor his country’s highest run-getter in ODIs.

As he seeks to surpass Stephen Fleming‘s Black caps record of 8,007 runs, Taylor could not have asked for a better venue that Dunedin’s University Oval to get it.

At the venue for the third and final ODI against Bangladesh – which is New Zealand’s last before the 2019 ICC Cricket World Cup – Taylor has amassed 998 runs across the Test and ODI formats for a combined average of 83.16, with two hundreds and five fifties. (READ: Won’t retire earlier just to play T20s: Ross Taylor)

In Tests at University Oval, he averages 80.28 and it was there that he scored 217 not out in 2013. In ODIs, Taylor scored his career-best 181* off 147 balls there in 2018 to seal a superb win for New Zealand over England. (READ: Batting, bowling worries for Bangladesh as whitewash looms)

That innings was hampered by pain in his right legs after he hurt his quadricep, but saw Taylor take New Zealand to a target of 336 with three deliveries left.

Recalling that Dunedin epic, the 34-year-old told reporters on Tuesday: “I had Madame Woo [Malaysian cuisine] the night before and I think it’s closed, so lucky I’m not superstitious before the game. I don’t think it was until we got to maybe around the 40th over that I thought we had a good chance of winning it. The quad gave way. In hindsight it was probably a good thing to stand and deliver. I wasn’t able to do much running.”

Now, he is one half-century away from grabbing another slice of Black caps history.

“If you play enough games, some of these milestones come along,” Taylor joked. “I guess it’d be nice, but hopefully there’s a few runs left in me. Flem was someone that I looked up to as a player growing up, and when I first made the Black Caps as well.” 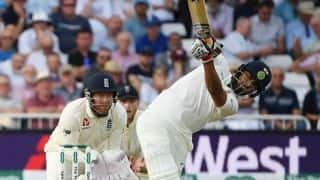 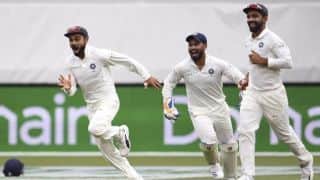