Chief selector Minhajul Abedin said a replacement for Ahmed had not yet been decided.

Bangladesh‘s tour of New Zealand this month suffered a blow Sunday after pace bowler Taskin Ahmed was ruled out of the series with an ankle injury by the team doctor.

Ahmed was recalled into the side’s one-day international and Test squads after an impressive show for the Sylhet Sixers in the Bangladesh Premier League Twenty20 tournament. (ALSO READ: Imrul Kayes livid with Bangladesh selectors over lack of communication following ODI axe)

He was the competition’s leading wicket-taker with 22 scalps until an injury against Chittagong Vikings on Friday.

“Taskin tore a ligament in his left ankle. He will be in complete rest for three weeks and then we will review his situation,” Bangladesh Cricket Board physician Debashish Chowdhury told AFP. (ALSO READ: Bangladesh s ODI captain Mashrafe Mortaza now a Member of Parliament)

“He is definitely ruled out of the New Zealand tournament as this kind of injury usually takes a long time to heal,” he added.

Chief selector Minhajul Abedin said a replacement for Ahmed had not yet been decided.

Bangladesh failed to win any matches during their last New Zealand tour in 2017-18. 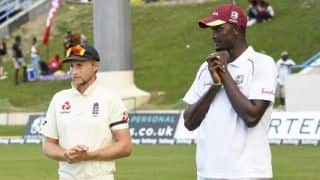