Since his comeback Kayes has scored an unbeaten 72 against Afghanistan in the 2018 Asia Cup, besides registering two centuries against and a 90 against Zimbabwe.

Imrul Kayes has slammed the Bangladesh Cricket Board (BCB) selectors for not explaining the reason to his omission from the squad that will tour New Zealand next month.

”I am playing like this for the last 10 years. I really don’t know whether I will be included in the next series despite performing well,” Kayes was quoted as saying by Cricbuzz.

“Nowadays I don’t even expect anything. I remain mentally prepared so that if any chance arises in the national team I can go and perform.” (ALSO READ: Selectors sole authority, never said they must pick Sabbir: Mortaza)

Bangladesh will play three ODIs and as many Tests in New Zealand. Soumya Sarkar and Liton Das made the cut with Kayes facing the axe. He is now awaiting an official reason from the BCB selection committee so that he can work on his game accordingly.

“If they had clarified me regarding my lack of form I could have worked on it and tried to better myself,” he said.

“I think it is better if they (selection panel) clarify me about my position. It would be helpful for me if I know why I am not in the national team. Perhaps they are not considering me because of team combination because perhaps they are thinking there are too many batsmen for one position, so they don’t require me.”

“He scored over 350 runs in a series and was dropped after failing to deliver in two games. Its cricket and at times you have to make ways for the balance of the team. Perhaps the coach and selectors had him in their mind but had to exclude him due to the combination.” 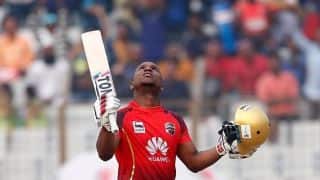