The BCB is hopeful of Shakib returning for the second and third Test matches.

Bangladesh have kept batsman Soumya Sarkar back in New Zealand as part of their squad for the three-Test series starting next week, with the injured Shakib Al Hasan a serious doubt.

Shakib missed the three ODIs in New Zealand with a fractured finger, and given his likely unavailability for at least one Test, the Bangladesh Cricket Board decided to add Sarkar.

Sarkar, 25, was already in the ODI squad. He had a poor series, scoring 30, 22 and 0. (READ: Sabbir banishes off-field demons in bittersweet comeback)

“We have included Soumya Sarkar in Test squad as we need an experienced campaigner in the squad,” former Test skipper Habibul Bashar, now a selector, told Cricbuzz. “We are not ruling Shakb out totally from the entire series, but certainly he will be missing the opening Test. We are waiting to see how he fares after opening the clip that surrounds his finger.”

He returned to Bangladesh’s Test squad in November, after a year, and managed 30 runs in three innings against West Indies.

The first Test starts February 28 in Hamilton, followed by matches in Wellington from March 3 and Christchurch from March 16. 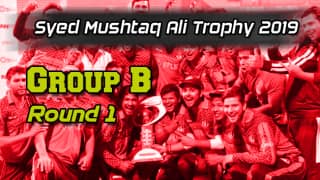