Tim Southee will captain New Zealand in next week’s one-off Twenty20 international versus Sri Lanka in Auckland, in what will be Mitchell Santner‘s first international appearance since he underwent knee surgery in March.

The New Zealand Cricket (NZC) selectors decided to rest Kane Williamson for next Friday’s match at Eden Park, meaning that fast bowler Southee will lead the Blackcaps for the third time in his career. Santner, who has been out of action for over nine months owing to a bone defect in his right knee, made his return to competitive cricket last month.

A T20 International at Eden Park on a Friday night is always a big occasion and one the players will relish, said chief selector Gavin Larsen. Tim did a really good job leading the side against Pakistan and the West Indies last season and he s got a nice mix of proven performers and some fresh faces to work with. We re delighted to welcome Mitchell back into the BLACKCAPS environment and he s shown in his performances for the Knights in the BK Super Smash that he s ready for international cricket again.

Henry Nicholls has been handed a recall, having made his debut in the 2016 ICC World T20 in India, while Northern Districts pace bowler Scott Kuggeleijn has earned his maiden call-up with Trent Boult rested. Jimmy Neesham – who on Thursday marked his comeback to international cricket with a stunning all-round performance – has also been selected with Colin de Grandhomme rested.

It s nice to have the luxury of freshening-up a few of our key guys following a long tour of the UAE and a fast transition into the home summer, said Larsen. That presents a great opportunity for the likes of Henry, Scott and Jimmy – who have all been performing strongly for their respective teams recently and deserve their chances should they come.

Tim Seifert will continue as wicketkeeper.

Adam Milne and Corey Anderson were not considered for selection as they continue to get back to full fitness, while Todd Astle s rehabilitation is progressing well. Craig McMillan will coach New Zealand for the one-off T20I as Gary Stead takes a short break before the India series later this month. 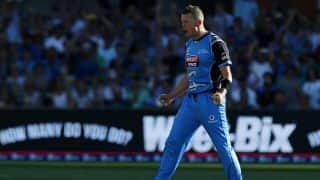 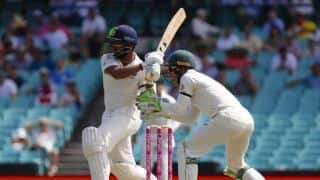