Ahead of next month s ICC World T20 in the Caribbean, Meg Lanning s team is three points ahead of New Zealand.

Being unveiled as the top-ranked unit in Twenty20 internationals last week came as a surprise for the Australian women s cricket team, but now that they are crowned No 1 the intent is to fight to remain there.

Speaking to cricket.com.au on Monday, the Southern Stars head coach Matthew Mott said that finding out about their No 1 when the ICC unveiled a new rankings system last Friday was a surprise.

I must admit we were a bit surprised to be number one, Mott. We know we ve started to turn things around (in T20 cricket) but it would have been really close with us and New Zealand, they ve had a really good couple of years.

We re really excited to be number one and the challenge now is to stay there, cement that spot and try and kick on from the field. There s no better time than playing against all the best teams at the World T20 we ll have a really good gauge of where we re at by the end of the tournament.

Ahead of next month s ICC World T20 in the Caribbean, Meg Lanning s team is three points ahead of New Zealand in the T20I rankings and 17 clear of second-placed England in the ODI table. The No 1 tag in T20Is has come despite the Southern Stars not winning a series in nearly three years.

Currently in Kuala Lumpur to play Pakistan in three T20Is, Australia are hopeful of using this series as final preparation for the World T20.

It s a really good challenge for us, said Mott. We do remember playing against Pakistan in the (50-over) World Cup last year and they bowled really well at us early and gave us a good challenge. We ve done our research on their players and by the end of this series we ll know them quite well. 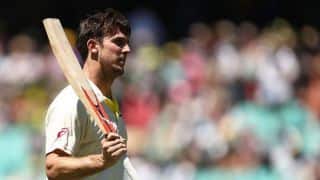