Pattinson wants a solid performance under his belt this county season which will push his chances for a Test recall.

Nottinghamshire have re-signed Australia fast bowler James Pattinson for four months for the 2019 season. The 28-year-old will be available for seven County Championship fixtures, as well as the full One-Day Cup campaign in what will be a big boost to Pattinson for a possible return to Test cricket in the Ashes.

“If he performs anything like he did during the previous spell, we’ll be very happy.”

Pattinson, who last appeared for Australia in 2016 during the Test series against New Zealand, has taken 229 wickets at 22.45 during his first-class career, plus a further 119 dismissals in white-ball competitions. “I loved my time with Nottinghamshire in 2017. It will be great to join up with the lads again,” said Pattinson. (ALSO READ: James Pattinson’s winning haul puts him back in Ashes frame)

“I have special memories of my time with the club and the opportunity to call Trent Bridge my home is something I really value. I’m excited to get back on the field and helping the team chase a couple of titles.”

He wants a solid performance under his belt this county season which will push his chances for a Test recall.

“But it’s good just to string some games together. I’ve only played two (Shield) games, so it’s just about getting some games under my belt now and the more I play the better my rhythm will get,” he said.

“I feel like I’m finding it (rhythm) a bit quicker than I have in the past probably because I played a bit before Christmas and a bit of the Big Bash League as well. So, it’s just about playing as much cricket as I can leading up to my goal which is trying to get picked for the Ashes.” (ALSO READ: Stephen Fleming steps down as head coach of Melbourne Stars)

Pattinson has just recovered from a back surgery, and then a side strain that prematurely ended his Big Bash League (BBL) campaign with the Brisbane Heat. “I’ve missed a lot of cricket so the easy thing to do would be sit down and have another pre-season,” Pattinson said.

“But I’ve had plenty of those, so I need to play some cricket. I’ve only played two games here, so it looks like I might go there (to Notts) and play a bit and then hopefully get on that A-tour.” 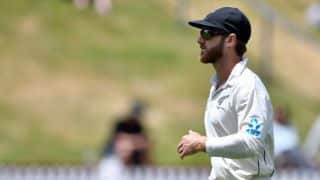 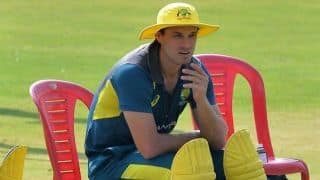