On comeback for Victoria, Pattinson took 5/25 to bowl them into the Sheffield Shield final.

James Pattinson had already set this summer’s Ashes series in England as his target comeback, and after decimating New South Wales with a terrific five-wicket haul in the Sheffield Shield the 28-year-old fast bowler has taken a big stride towards earning a recall.

Pattinson, who played the last of his 17 Test matches in 2016, bowled Victoria to a 63-run win in the latest round of Sheffield Shield matches.

Set a target of 166, NSW never came close as Pattinson snared 5/25 in 12 overs. This put Victoria into the Shield final and marked a successful comeback for Pattinson had again been sidelined with back problems since January. (VIDEO: Steve O Keefe caught in absurd run out during Sheffield Shield match)

Having undergone back surgery in November 2017 after a series of injuries, Pattison returned to Shield cricket a year later and in his first match for NSW made a strong start with three wickets at the MCG. He took nine wickets in four matches before the Big Bash League break, and then suffered a side strain while playing for Brisbane Heat. (READ: Sheffield Shield duck record equalled in seven-session rout)

Back in the latest round of matches, his five-wicket haul to help demolish Victoria has set him up as a potential Ashes candidate. After the Shield final, Pattinson said he will travel to England for a county stint before the Ashes start in August. (READ: In Pattinson, Lehmann sees valuable Ashes prospect)

“I ll go and play some county cricket with Nottingham. That looks like it ll be on the cards for a bit,” he told The Daily Telegraph. “I know there s an (Australia) A tour as well. That will be my goal to maybe get picked on that and just play as much cricket as I can over there before hopefully getting picked on that (Ashes).” 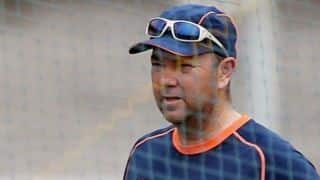