Zimbabwe allrounder Sean Williams 173-ball 88 was instrumental to thrust his side to a competitive total.

Zimbabwe created history on Tuesday after a thumping 151-run victory against Bangladesh at the Sylhet International Cricket Stadium saw the visitors register an away Test victory for the first time in 17 years.

“I thought the bowlers were brilliant right through, since we’ve landed in Bangladesh. I don’t think they’ve done much wrong. It was great to see our spinners get more out of the surface than Bangladesh’s spinners,” Masakadza said at the post-match presentation ceremony.

“The guys worked hard, applied themselves well to put up an excellent total in the first innings. Ecstatic! The guys took time to stay at the wicket and accumulate runs, something we lacked in the ODIs, myself included. The batting performance in the first innings set it up for us.”

Zimbabwe allrounder Sean Williams 173-ball 88 was instrumental to thrush Zimbabwe to a competitive total. Williams, who was was awarded the man of the match, said he took time to settle down.

“I’m actually ecstatic, didn’t really expect to get the Man of the Match at the beginning of this game. Gonna enjoy this in the change room afterwards. It was really difficult. It took me a long time to get in on this wicket and going back to the one-dayers, I realised that was the case. So, I brought it forward to the Test matches and luckily, it worked out for me. Unfortunately, I didn’t get the 12 runs I needed to get to my 100, but it’s definitely going to be part of my plans for the next game,” Williams said.

For Bangladesh, left-arm spinner Taijul Islam walked away with 11 wickets, but despite his contribution, Zimbabwe spinners were able to spin a web around the hosts. Bangladesh captain Mahmudullah came down heavily on his batsmen, who failed to apply themselves. 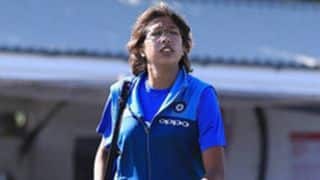 Good performance by India in Women’s World T20 will be one step closer to a Women’s IPL: Jhulan Goswami 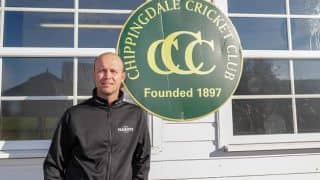 To be a successful number three you need a good opening partnership ahead of you: Jonathan Trott