Pakistan likely to pull out of Asia Cup, ICC World T20 2014 in Bangladesh

Pakistan likely to pull out of Asia Cup, ICC World T20 2014 in Bangladesh

There are concerns in PCB about the growing anti-Pakistan sentiments.

Karachi: Dec 20, 2013
The Pakistani cricket authorities might be maintaining a diplomatic stance on their national team’s participation in the forthcoming Asia Cup and ICC World T20 2014 events in Bangladesh, to be held early next year, but chances of a pullout are looming large.
A source told PTI that there are concerns in the Pakistan Cricket Board (PCB) about the situation in Bangladesh and the growing anti-Pakistan sentiments.
“We are monitoring the situation but we are waiting to see what the International Cricket Council (ICC) decides in January whether to hold the World T20 in Bangladesh in March-April or shift it somewhere else,” he said.
“If the ICC shifts the World T20 from Bangladesh then the Asia Cup [in Feb-March] will also be called off in Bangladesh and postponed for the next few months until a feasible window and host is found for the tournament,” he said.
The official said that since both events were multi-nation tournaments, the PCB would wait to see how the Asian Cricket Council (ACC) and ICC react to the situation in Bangladesh.
But he didn’t rule out the possibility of Pakistan independently deciding to pull out of the events if the situation in Bangladesh deteriorated.
“That is an option always open to us because if we feel it is not secure for our team in Bangladesh or if we get advice from the government then we will have to act accordingly,” the source said.
Protests against Pakistan have grown in Bangladesh since the Pakistan parliament passed a resolution against the execution of a Jamaat-e-Islaami leader in Bangladesh, who opposed the creation of Bangladesh in 1971 and was treated as a war criminal.
On Thursday, protesters demanded that the Bangladesh government sever all diplomatic relations with Pakistan.
The Pakistan foreign office has also said it was monitoring the situation in Bangladesh and would advise the PCB in due course of time.
Meanwhile, the Bangladesh Cricket Board (BCB) has said they were hopeful that things would settle down after the elections in January.
Relations between the Pakistan and Bangladesh boards deteriorated in the last two years after Bangladesh twice pulled out of short tours to Pakistan despite making commitments.
“Yes, there is a anti-Bangladesh lobby in the PCB and if the situation does not improve, there could be a pullout,” a source in the board said.
He pointed out that Pakistan was aware that the ICC was also in a tight spot as 25 per cent of their revenues from the World T20 were dependent on the Pakistan and India opening match of the tournament.
ICC World T20 2014 schedule: Match time table with venue details
First Published on December 20, 2013 12:37 PM IST
Last updated on March 10, 2014 6:47 PM IST
TOPICS:
ACC Asia Cup 2014 Bangladesh BCB ICC ICC World T20 ICC World T20 2014 Pakistan PCB 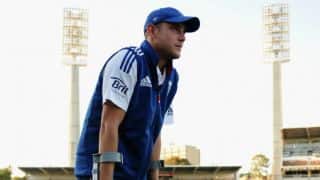 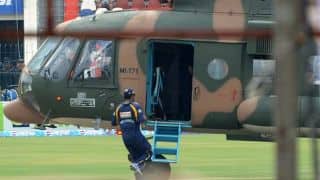 Pakistan board reluctant to host 3 successive ‘home’ series in UAE