Chaudhary even claimed that India could have used threats that the Sri Lankan players would lose their IPL contracts if they travelled to Pakistan.

A day after 10 Sri Lanka players including prominent names like Lasith Malinga and Angelo Mathews pulled out of the Pakistan tour, a Pakistan minister has made an outrageous claim stating that India was responsible for the development.

Science and Technology Minister Fawad Hussain Chaudhry said India threatened the players from the island nation against participating in the upcoming series which was another step towards reviving international cricket in Pakistan after years of isolation.

Chaudhary even claimed that India could have used threats that the Sri Lankan players would lose their IPL contracts if they travelled to Pakistan.

“Informed sports commentators told me that India threatened SL players that they will be ousted from IPL if they don’t refuse Pak visit, this is really cheap tactic, jingoism from sports to space is something we must condemn, really cheap on the part of Indian sports authorities,” Chaudhry tweeted.

Of those who have decided to skip the tour which features three T20Is and three ODIs, other prominent names, other than Malinga and Mathews are Dinesh Chandimal and skipper Dimuth Karunaratne. Niroshan Dickwella, Kusal Perera, Dhananjaya De Silva, Thisara Perera, Akila Dhananjaya and Suranga Lakmal have also decided to give the series a miss.

The ODIs will be played in Karachi followed by the T20Is in Lahore, before Sri Lanka return in December for a Test series that will be a part of the World Test Championship.

The decision was made after the entire squad was briefed about the security preparations in Pakistan by Former Sri Lanka Air Force Commander, Marshal Air Roshan Goonetileke, who is the Chief Security Advisor of the SLC, while Chairman of the National Selection Panel Ashantha De Mel explained about the selection policy for future tours. 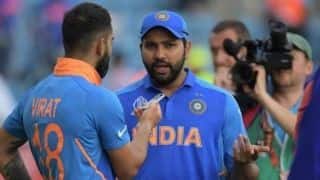 ‘Absolute nonsense!’ Ravi Shastri opens up on alleged rift between Kohli and Rohit 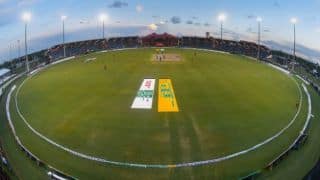