An unbeaten 89-ball 124 from Pawan Negi helped Legends of Rupganj to a win over Victoria Sporting Club in the Dhaka Premier League (DPL). His previous best in this format was 57. Chasing 259, Negi came at No.6, with his team struggling at 78 for 4. Soon, he saw two more wickets fall from the other end, which put them in a precarious situation at six down for 83. But Negi formed a giant 148-run partnership with Mosharraf Hossain which helped Rupganj to win. He ended the innings with a six. Earlier, Victoria Sporting Club were restricted to 258 in their quota of overs. Negi managed to end up with figures of 2 for 54 in his 10 overs. ALSO READ: Dinesh Karthik latest Indian entrant in DPL: Reports

This was Negi’s second match in the DPL. His first game saw him score an quickfire 28, and scalp 2 for 30 with the ball. His performances will bring in huge confidence within him, considering he had a abysmal IPL 2016. Having been bought for Rs 8.5 crores by Delhi Daredevils (DD), he had a very tough first season for his new franchise.

He featured with DD for eight matches, scoring a mere 57 runs and scalping a solitary wicket as his team finished 5th in the points table and failed to qualify for playoffs. He previously featured for Chennai Super Kings (CSK). His performances in the side led to call up for the national side. He got his T20I debut in the Asia Cup 2016 against UAE, where he took 1 for 16 in his three overs. He was a unused player in the ICC T20 World Cup 2016, where India were knocked out in the semi-final by West Indies. 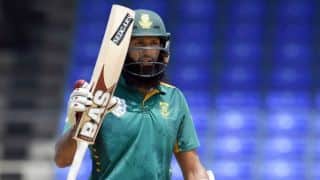