India is due to host the Under-19 Asia Cup in November but the PCB said it would press for a relocation at an ACC meeting this week.

Karachi: Pakistani cricket authorities Tuesday called for an upcoming tournament in India to be moved to a neutral venue, citing security fears in the South Asian country. India is due to host the Under-19 Asia Cup in November but the Pakistan Cricket Board (PCB) said it would press for a relocation at an Asian Cricket Council (ACC) meeting this week. “We will discuss this matter in the ACC meeting in Colombo on Saturday and we think that the event can be held at any other secure venue outside India and Pakistan,” Najam Sethi, chairman of the PCB’s executive committee, told AFP. Najam Sethi gets backing for next PCB Chairman

Political tensions have prevented the neighbours from playing a bilateral series since 2007, apart from Pakistan’s tour to India in 2012-2013 when they played a short limited-overs series. Since then, sporting events have been marred by perennial tensions between the arch-rivals. In 2013 officials were forced to move Women’s World Cup matches from Mumbai to Cuttack over security fears and protests over Pakistan’s participation. The same year, Pakistan athletes were expelled from a hockey league following protests. Pakistan blamed a delay in visas for their non-participation in the Junior World Cup in India in 2016, while earlier in 2017, their squash players had to opt out of an event in India due to visa glitches. Miandad asks PCB to boycott IND in ICC events

The PCB has also initiated legal action against India for not honouring a deal under which the two countries were set to play six senior series between 2014-2023, pending clearance from New Delhi. The first of those series failed to materialise in 2015 and the second, due in November-December 2017, has also been axed. PCB to sue BCCI over cancelling India-Pakistan bilateral series?

The PCB last week said it has allocated one billion rupees (10 million dollars) for the legal battle. “The case will soon be filed with the ICC [International Cricket Council] dispute committee,” said Shahryar Khan, who completed his three-year tenure as PCB chairman, last week. 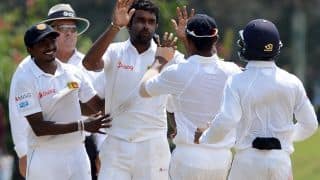 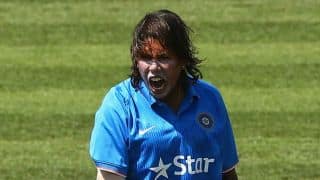