18-year old Prithvi Shaw and 24-year old Hanuma Vihari have been included in the 18-member India squad for the remaining two Tests in England. They have batted with consistency and their good performances in the first-class circuit.

India’s chief national selector, MSK Prasad while speaking to Sportstar said that the players deserved their chances because of their consistency. “They have come up with a comprehensive performance. So, they deserve it for being consistent,” Prasad said.

Apart from Vihari and Shaw there have been a considerable number of players who have proven their worth in the domestic, U-19, ‘A’ series and the first-class circuits. Most notably, batsmen Mayank Agarwal, Atharva Taide and Ayush Badoni have performed really well in the recent past. While Mayank was the top performer for India A during their tour of UK recently, Taide and Badoni performed exceedingly well on India U-19 tour of Sri Lanka as they scored big hundreds in the first Youth Test at the Nondescripts Cricket Ground in Colombo. Pacers Mohammed Siraj and Rajneesh Gurbani have also been in terrific form in their stint with India A.

Prasad insisted that the doors are open for good performers sooner or later. “Mayank, Prithvi and Hanuma are performing regularly. Sooner or later everybody will get into the side because all of them have been very consistent,” Prasad said.

Shaw has scored played 14 first-class matches and made 1418 runs at an average of 56.72 with seven hundreds and five half-centuries, and an impressive high score of 188. He has been a top performer in junior cricket in Mumbai and has steadily risen through the ranks to find a place in the national squad. Vihari has scored 5142 runs in 63 first-class matches and that gives him a fair amount of experience to leverage an advantage at the top level.

The team management and the national selectors felt that young and consistent performers needed to be given an opportunity in English conditions as though India batted reasonably well in Trent Bridge, there is a need to strengthen the core of Indian batting in overseas conditions. 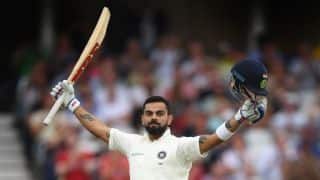 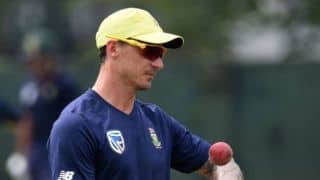