After Faf du Plessis set things up with the bat, the Proteas spinners routed Bangladesh.

South Africa thrashed Bangladesh by a massive margin to win the first Twenty20 International (T20I) at Dhaka. After Faf du Plessis set things up with the bat, the Proteas spinners routed a hapless Bangladesh. The batting that did so well against India and Pakistan recently was exposed in the face of some disciplined bowling. Live scorecard: Bangladesh vs South Africa, 1st T20I at Dhaka

Kyle Abbott and Kagiso Rabada started proceedings for South Africa, and both men struck early to remove the Bangladesh openers. Tamim Iqbal was the first to go, snicking Abbott to Quinton de Kock for 5 off four balls. Soumya Sarkar hit Rabada to JP Duminy for a run-a-ball 7 to leave Bangladesh reeling at 13 for 2. Live  Blog: Bangladesh vs South Africa, 1st T20I at Dhaka

Shakib Al Hasan and Mushfiqur Rahim, batting at Nos 3 and 4 respectively, then put their heads down to rescue Bangladesh, albeit briefly. They added 37 in quick time before Duminy removed Mushfiqur for a 19-ball 17. Sabbir Rahman walked back for 4, and 1 run later Nasir Hossain was out as well. Sabbir was caught behind off Duminy, while Nasir drove one from Aaron Phangiso straight to Rilee Rossouw at cover.

Shakib and Litton Das could only add 14 before the pressure of the chase got to the former. Shakib ended up top-scoring with 26, but it took 30 balls to get there. Shakib’s dismissal was the final nail in Bangladesh’s coffin. Mashrafe Mortaza tried and Litton tried to play a few big hits, but wickets kept falling at regular intervals. In the end, Bangladesh could not even last 20 overs, as South Africa won by 52 runs.

Earlier, Faf du Plessis scored a sublime half-century in tough conditions even as the other batsmen around him stumbled. Du Plessis remained unbeaten on 79 as only one other batsman crossed 30. AB de Villiers and Quinton de Kock opened batting for the Proteas, but the move backfired when de Villiers drove uppishly to Mashrafe Mortaza off Arafat Sunny off the sixth ball of the match. Even de Kock followed soon, hitting Nasir Hossain to Litton Das. Bangladesh’s decision to open with spin from both ends was vindicated.

South African skipper du Plessis came in at No. 3 and batted as if on a different pitch from all the others. There was the occasional false shot, but by and large he found the middle of the bat. JP Duminy laboured to a 22-ball 18 before holing out to Nasir Hossain off Sunny. David Miller came in next but could not last more than three balls before falling LBW to Shakib Al Hasan, who achieved the rare feat of becoming the leading T20I wicket-taker and run-scorer for his side. READ: Bangladesh can just bowl and pray for AB de Villiers’ dismissal, says Bangladesh coach

Rilee Rossouw then came in at No. 6, and South Africa finally managed to stitch together a good partnership. Rossouw and du Plessis came together with the score on 90 for 4, and were unconquered having added 58 runs in under seven overs. Rossouw remained unbeaten on 31 and du Plessis undefeated on 79. READ: Bangladesh vs South Africa 2015, 1st T20I Key clashes 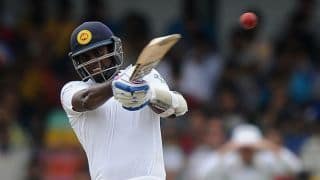 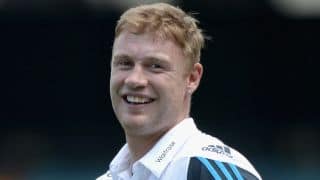