Afghanistan posted a total of 238 runs after Ireland put them to bat in the first innings.

Afghanistan posted 238 runs after Ireland put them to bat in the first innings of the 1st ODI at Sharjah Cricket Association Stadium, Sharjah. Afghanistan didn t get to a good start after being reduced to 22 for 2. Rahmat Shah (50) and Nasir Jamal(53) built up a good hundred plus partnership among them. LIVE Cricket Scorecard, Afghanistan vs Ireland, 1st ODI at Sharjah

Jamal fell to Tim Murtagh in the 27th over , the score was 127 then. Soon after, Boyd Rankin dismissed Rahmat and there was collapse in the batting line up. Skipper Asghar Stanikzai fell to Rankin playing a loose shot and Mohammad Nabi was run out for a duck. Gulbadin Naib and Rashid Khan put up a steady partnership until Naib got out to Murtagh. Rashid however continued to bat on and played his strokes and scored almost run-a-ball 48 runs.

The Ireland blowers bowled good line with only Simi Singh going for an economy rate of over 7. Murtagh and Rankin were impressive with their spell and took 3 and 4 wickets respectively, reducing Afghanistan to 238 for 9.

Rashid s 48 runs turned out to be crucial after half of the side was out before 150. The average second innings score on this ground is 191. 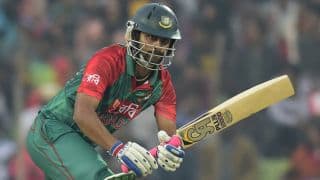 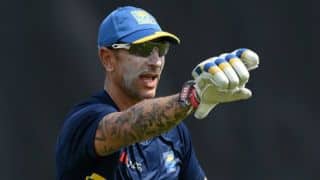