Yoshitha Rajapaksa, second son of former President Mahinda Rajapaksa and four others were arrested on Saturday in a case under money laundering law

Yoshitha Rajapaksa, second son of former President Mahinda Rajapaksa and four others were arrested on Saturday in a case under money laundering law. They were produced before Koduwela magistrate and were remanded for two weeks, as reported on The Hindu. Former president’s son interrogation ended at 4:30 pm at Navy’s headquarters where he is attached and this was reported by Navy spokesperson Capt. Akram Alavi. The others arrested are Rohan Weliwita, who is media secretary to ex-president and chairman of Carlton Sports Network (CSN) and Nishantha Ranatunga who is the former senior executive in company and two other directors. READ: Dilshan to support Rajapaksa in Presidential elections

Mr. Ranatunga holds the post of secretary in Sri Lanka Cricket (earlier known as Board of Cricket for Sri Lanka) and recently lost the elections for Presidency against Thilanga Sumathipala. He is the brother of former cricketer and Minister for Shipping Arjuna Ranatunga. Rajapaksa was accused of favoring local cricket broadcast rights of CSN. The CSN website was launched on March 7 and they mentioned their aim was “to provide the Sri Lankan people quality sports entertainment channel”. When the Financial Crimes Investigation Division carried out a search at CSN office a few weeks ago, Mr. Weliwita accused the government of violating freedom of expression. READ: ICC not interested in saving Test cricket, says Arjuna Ranatunga

During April-June 2015, one of brother of former President, Basil Rajapaksa was accused of misusing public funds and was under arrest for the same. Over past few months, some family members of Rajapaksa, have come under limelight for investigation before agencies for various accusations and matter is still on going. 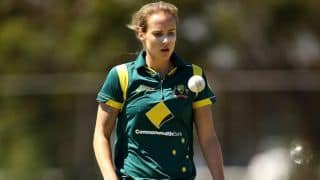 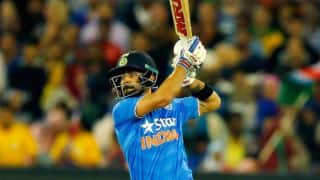 Virat Kohli might step up to help die-hard Pakistani fan get bail: Reports