RCA Officiating Secretary has written to interim-President for IPL Gavaskar.

RCA Officiating Secretary KK Sharma has written to interim-Board of Control for Cricket in India (BCCI) President for IPL, Sunil Gavaskar, questioning the Governing Council’s decision to shift the matches without their permission and demandedreturn of hosting rights of RR’s four home games.

“Sir, we are surprised how governing council of IPL has shifted our home matches to Ahmedabad without even asking us. We shall suffer losses for the perpetration made as well as people of Rajasthan shall loose their right to see the home team perform in front of them,” said Sharma.

“We would request you to kindly reschedule the itinerary and give us the due home matches as earlier.”

The IPL organisers on Thursday announced schedule of the Indian leg of the domestic T20 league, starting May 2 in Ranchi.

Sharma said they had already sought permission from the state government to host the matches.

“Sir, Rajasthan Royals is a Jaipur-based franchise and their entire home matches have always been played at Jaipur. We have done all the necessary preparation to conduct these matches and sought permission from Govt. of Rajasthan for the same. The Govt. of Rajasthan has no objection for conduction of these matches in May, 2014 as (general) elections are to be held on 17th and 24th April, 2014,” he stated. 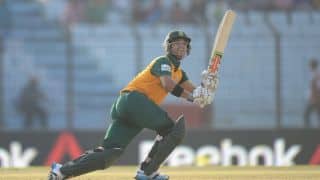 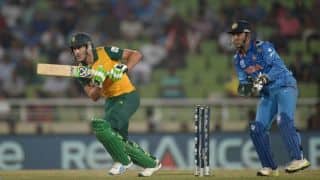