The film, which features Sachin tendulkar himself, captures the Little Master's cricket and personal life in substantial detail, which shedding light on some never heard aspects of his life.

Chennai: Superstar Rajinikanth on Tuesday extended his wishes to former Indian cricketer Sachin Tendulkar for his upcoming biographical documentary “Sachin: A Billion Dreams”. “Dear Sachin. My best wishes for the success of Sachin: A Billion Dreams’. God bless,” Rajinikanth tweeted. Directed by James Erskine, the film is slated for theatrical release on May 26. The film, which features Sachin himself, captures the Little Master’s cricket and personal life in substantial detail, which shedding light on some never heard aspects of his life. Produced by 200 NotOut Productions, the movie has music by double Oscar-winning composer A.R Rahman. The film’s trailer was released last week and was well received. Watch Sachin: A Billion Dreams trailer

Not just Rajinikanth, but the entire cricket fraternity including current India captain Virat Kohli are curious to see the movie. Talking about the biopic, Tendulkar said, This movie is not just about my cricket career. It has many different chapters and we have tried to show those chapters as well. James has shown many sides of my personality in the movie, which many people are not aware of, said the iconic cricketer. I was 10 when India won the world cup in 1983. Since then I only had one dream and that was to win the world cup. On April 2, 2011 that dream came true. So without any doubt it is my most memorable moment. READ: Virender Sehwag praises Sachin: A Billion Dreams trailer; Master praises his magical tweets

Dear @sachin_rt , my best wishes for the success of ‘Sachin … a billion dreams’. God bless.

Sachin shared the most interesting part of his world cup memory. He said: I remember my daughter saying the whole Mumbai and the country is celebrating the victory. It took hours for us to reach Taj hotel from Wankhede stadium . 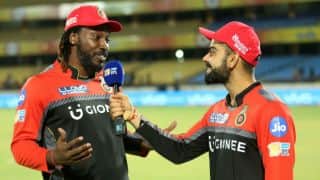 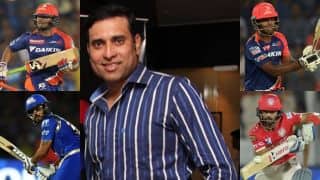