Pravin Amre has helped the likes of Robin Uthappa, Dinesh Karthik, and Naman Ojha sort their technical glitches for a fee.

New Delhi: One of Australia‘s finest ever captain Ian Chappell never ever believed that a professional cricket team needs a specialist coach. “An international ‘coach’ is something the Australian team travels in around England,” is one of Chappell’s iconic pun-intended quote on what he exactly thought about cricket coaches. Back in India though, coaching senior teams — from international to IPL is a well-paid job, not discounting the glamour which is associated with it. But reality bites when one climbs down — just a notch below at the first-class level where it’s not always a bed of roses for all those plying their trade.

There one can would find a bunch of journeymen coaches — extremely sincere, can read the pulse of state teams, know what is required to do well at the Ranji Trophy level but never getting the credit that is due. Even when most of them know that next level may never beckon them, they happily accept reality and carry on with their job delivering results. Till the apathy and high handedness of state association officials hits them with a sense of insecurity creeping into their system. Take the example of K Sanath Kumar, one of the more successful journeyman coaches of domestic cricket. After an uneventful first-class career for Karnataka (11 matches), the 53-year-old Sanath Kumar started coaching. ALSO READ: BCCI receives notice for bias in Chattisgarh team selection

He has coached a high-profile Karnataka team, Baroda which consists of Pathan brothers Irfan and Yusuf and during last season, he was with the Assam Ranji team. The crowning glory of Kumar’s coaching career would certainly be guiding a bunch of minnows from Assam to the semi-final of the Ranji Trophy last season — first in the history of the north-eastern state.

But instead of getting kudos for his effort with a young team, Kumar got a taste of how officials in state associations, who have never played the game, treat support staff. “For domestic coaches, it is important that when you are delivering results and are in circulation, you make right moves. After guiding Assam, I had at least three good offers from other states but decided to stay back on insistence of the players with whom I had grown a kind of affinity,” Kumar recalled during his chat with PTI.

But then certain strange things happened with change of guard at the Assam Cricket Association (ACA). “When I met them for a renewal of contract, the least I could expect is same salary as last year if not a hike. One of the Assam CA officials told me: ‘Look Ranji Trophy is no benchmark. The actual cricket is one dayers and T20. What are you doing to improve the team’s standard in those aspects’,” Kumar recalled the conversation. ALSO READ: Yuvraj to lead Punjab in opening match against Railways

“I was taken aback because top states are always preparing for Ranji Trophy. I could sense that something was amiss. Then they stunned me when they asked me to take a pay cut which I refused. They told me that they will get back and then I heard from players that Sunil Joshi has been appointed the chief coach,” Kumar stated.

“I have no problems that they appointed Sunil as coach but had they informed me earlier, I could have taken up one of the offers. I am a professional coach and this is my livelihood. By God’s grace, I got a job in Andhra Ranji team because their coach pulled out due to personal reasons,” said the former medium pacer.

He then cites what ails units like Assam CA. “The officials only want results and are not bothered whatsoever about the processes. That’s irrelevant for them. There aren’t even three quality cricket pitches for Ranji level matches,” he lamented. Coaching domestic teams can be monotonous after a certain level and one needs to then think ‘Out of the Box’, feels Pravin Amre. Amre is India’s first personal coach for professional cricketers. ALSO READ: Varun Aaron to captain Jharkhand

He has helped the likes of Robin Uthappa, Dinesh Karthik, and Naman Ojha sort their technical glitches for a fee. Not to forget his proteges Ajinkya Rahane and Shreyas Iyer, whom he has coached since their childhood.

“I was coaching India’s most formidable domestic unit Mumbai for five years. Having won Ranji Trophy thrice, I knew that there was nothing more to achieve and also may be the next level was out of bounds. I was at home for three years and upgraded my technical knowledge on batting aspect,” says Amre.

“Then I decided to start personal coaching. It was completely different from coaching a team. Here guys who had played for India were coming to sort some technical problems. I knew I had to do something different in terms of helping them. It has worked well so far for me. At least I am not dependant on Ranji coaching assignments,” Amre sounded satisfied.

It’s not about associations or lack of opportunities at the top, there are times when lack of communication also can hurt a professional coach.Vijay Dahiya has worked long enough with the Delhi Ranji team but has been pipped by former state legend KP Bhaskar to the top job. “It’s not always about wrong communication. There are times when there is no proper communication at all. Atleast that’s what the scene is in Delhi and Districts Cricket Association (DDCA). Nobody talks, there is no planning or sitting across the table to decide something long-term,” the former India stumper said.

But he begs to differ that domestic coaching is a monotonous job. “It’s not monotonous at all. The beauty of coaching domestic sides in longer format is that it gives you an opportunity to create a nucleus. “You get into the mode where if you are given enough time, you can build and rebuild teams. You see the pressure phases, the transition phases. Process is an overused word but that’s what building a good cricket team is all about,” says Dahiya.

It’s not the most glamorous of the cricketing assignments but one can’t but doff hats at all these dedicated coaches, who are striving to carve a niche for themselves. 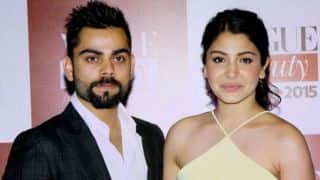 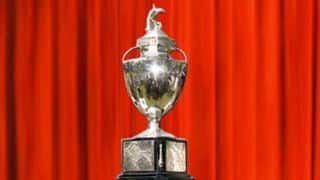