Gujarat captain Priyank Panchal s brilliant 141 coupled with Bhargav Merai s unbeaten 102 went in vain as Saurashtra managed to hold on in the second dig with their first-innings lead proving to be crucial as their Ranji Trophy 2018-19 Elite B Round Three match at the Gokulbhai Somabhai Patel Stadium in Nadiad ended in a draw. With the three points, Saurashtra have topped the group with 12 points in three matches, while Gujarat are second with 10 points.

Resuming their overnight score at 187/1, with a lead of 163 runs, Gujarat declared their second essay at 329/4, with Panchal, who was unbeaten on 124, departing nine runs short of 150 after he edged it behind to Snell Patel off Chetan Sakariya.

Merai, continuing overnight at 35*, helped himself to his sixth first-class century, with five boundaries and one six to his name. Manprit Juneja (28) and Rujul Bhatt (10) were the other wickets snapped by Dharmendrasinh Jadeja and Prerak Mankad respectively.

Posed with a mammoth target of 305 on the last day, Saurashtra began to crumble. Opener Snell Patel fell to Bhatt for 50 after he edged it behind to Druv Raval. Samarth Vyas was trapped lbw for 15 off Piyush Chawla, while the seasoned Ranji campaigner Sheldon Jackson was castled for a duck by Siddharth Desai.

Harvik Desai, who scored 82 in the first dig, reached his half century and was immediately caught behind off Bhatt, who claimed his second wicket in Arpit Vasavda (10). However, Kamlesh Makwana and captain Javdev Shah ensured no more damage was caused as Saurashtra were 94/5 when stumps were drawn on the final day. 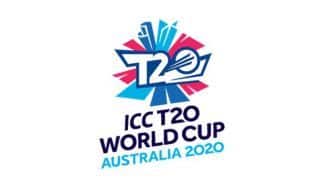