Madhya Pradesh pacers Kuldeep Sen and Avesh Khan ran through the batting order, sharing nine wickets between them as Punjab folded for 293 on day two of their Ranji Trophy 2018-19 Round 3 Elite B match at the Holkar Stadium in Indore on Wednesday. In reply, MP were 184/2.

Earlier in the day, resuming their first innings at 253/4, Jiwanjot Singh, overnight on 123, added one more before he was caught by Rajat Patidar off Khan. Two overs later, the U-19 World Cup-winning star had Abhishek Gupta caught behind by Naman Ojha for just four.

Sen then continued with the carnage with Mayank Markande caught by Aryaman Birla for just one and two balls later, saw the back of Vinay Choudhary, who was trapped lbw for a duck.

Sen, then returned to clean up Siddharth Kaul (1) and sent well -set batsman Abhishek Sharma for 41 to register claim a fifer. Sen achieved his best bowling figures 5/62. Khan ended the innings four wickets going for 77 runs in his 21 overs.

Madhya Pradesh suffered a blow in their first dig with last match s centurion Birla caught by Gupta off Barinder Sran for 31. The other opener Mohnish Mishra was cleaned up by Markande for 34.

At stumps, Patidar and captain Ojha steadied the innings and were unbeaten on 63 and 46 respectively. 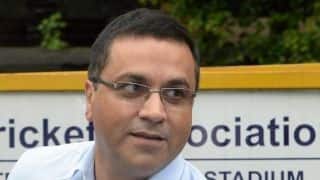 I wish no one has to go through what I went through: Rahul Johri 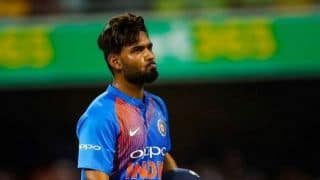