In the second dig, Hooda returned with outstanding figures of six for 54 in his 18.3 overs at an average of 2.92.

Fast bowler Ashish Hooda s nine wickets, six of those coming in the second winning, helped Haryana bag their first win in this Ranji Trophy 2018-19 season on the last day of their Elite C Round 3 match against Goa on Friday.

Resuming their second dig at 30/2 chasing 284 on the notorious Lahli pitch in Haryana, Goa captain Sagun Kamat failed to add on to his overnight score and departed for 10 after he was caught by Pramod Chandila off Harshal Patel.

Hooda then got into the act and cleaned up Snehal Kauthankar for 14 and had Amit Verma caught by substitute fielder RP Sharma for 23. From opening their final day 30/2, Goa slipped to 73/6 after Keenan Vaz was castled by Patel for three runs.

Hooda, who has played 38 first-class matches, then accounted for the remaining three wickets Suyash Prabhudesai (36), Felix Alemao (2) and Krishna Das (0) as Goa were skittled out for 141.

Hooda returned with outstanding figures of six for 54 in his 18.3 overs at an average of 2.92, adding to his first innings figures of three for 36. Haryana pocketed six points after losing their previous match to Jharkhand. 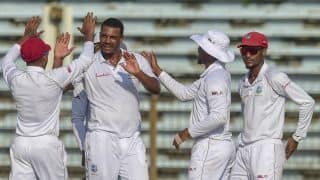 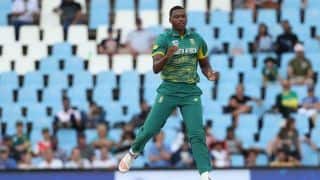