Legspinner Rahul Chahar and left-arm pacer Tanveer Ul-Haq shared eight wickets between them, but a gritty unbeaten 83 from Vinay Kumar helped Karnataka take a slender lead on day two of their Ranji Trophy 2018-19 quarter-final against Rajasthan on Wednesday.

Resuming their first innings at 12/0, with a deficit of 212 runs, Karnataka lost opener Dega Nischal early in the ninth over after he was caught by Chetan Bist off Deepak Chahar. Ravikumar Samarth and Krishnamurthy Siddharth tried to steady the innings, but not for long as Rahul Chahar returned in the 22nd over to see the back of Samarth, who scored 32. (ALSO READ: Hat-trick for Roosh Kalaraia as Kerala set Gujarat a target of 195 runs)

Karnataka lost their next three wickets on a tricky track at the M Chinnaswamy Stadium in Bangalore for 58 runs. Karun Nair (4) and captain Manish Pandey (7) were dismissed in quick succession by Tanveer. However, Siddharth managed to reach his half century and departed for 52 before he was cleaned up by Tanveer, who finished the day with three for 50 in his 20.3 overs.

Rahul Chahar then accounted for the next three wickets of BR Sharath (4), Krishnappa Gowtham (19) and Shreyas Gopal (25) as Karnataka found themselves at a lowly 152/7 in the 52nd over. (ALSO READ: Centuries by Wasim Jaffer, Sanjay Ramaswamy put Vidarbha in command versus Uttarakhand)

The experienced Kumar and Ronit More forged 97 runs for the final to frustrate the visitors despite Rahul and Tanveer tightening the noose. Kumar and More batted out 32.1 overs to help the hosts take a 39-run first-innings lead. Kumar s 144-ball knock was laced with 10 boundaries and two sixes, while More, who faced 59 deliveries, scored 10 before he was trapped lbw by Rahul as Karnataka folded for 263. (ALSO READ: Shivam Mavi takes 3 as Saurashtra reduced to 170/7 versus Uttar Pradesh)

Rahul returned with figures of five for 93 in his 26.1 overs. In their second dig, Rajasthan were 11 for no loss when stumps were drawn. 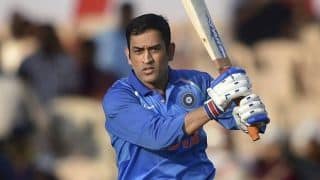 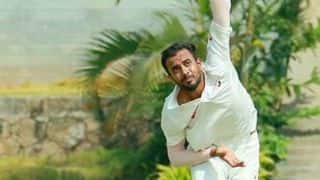