He will play his final match against Karnataka when Round 5 begins on Thursday at the SCA stadium in Rajkot.

Saurashtra captain Jaydev Shah on Wednesday announced his retirement from all formats of the game. Shah, who scored a scintillating 165 in his previous Ranji Trophy 2018-19 game against Baroda, will play his final match against Karnataka when Round 5 begins on Thursday at the SCA stadium in Rajkot.

Including his last match against Karnataka, Shah, the son of former BCCI secretary and administrator Niranjan Shah, will lead his side in his 108th Ranji Trophy match as captain – the only player to lead in over 100 games in Ranji history.

Under the 35-year-old Shah, who will play his 120th first-class match, Saurashtra finished the runners-up in the Ranji Trophy 2012-13 and 2015-16 seasons. They clinched the Vijay Hazare Trophy in the 2007-08 season – their maiden national title.

The left-hand batsman has scored 5253 runs in 119 matches at an average of 29.67 with 10 centuries and 19 fifties to his name. In 2016, he became the first Saurashtra captain to slam a double century in the Ranji Trophy when he smashed 217 against Maharashtra.

Shah had also bagged contracts with Indian Premier League (IPL) franchise Deccan Chargers, before now defunct Gujarat Lions signed him for Rs20 lakh in 2016, but he has never played an IPL match. 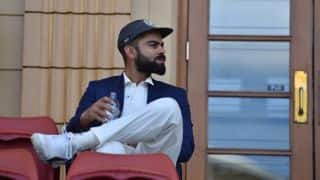 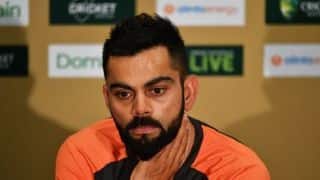