Indian coach Ravi Shastri believes that the current Indian team under the leadership of Virat Kohli has already achieved much more than yesteryear teams.

India beat Sri Lanka by an innings and 53 runs
Man of the Match: Ravindra Jadeja

India coach Ravi Shastri believes that the current Indian team under the leadership of Virat Kohli has already achieved much more than yesteryear teams, which too featured few great players in the side. India s last series win in Sri Lanka, back in 2015, was India s first Test series win in the island nation after 22 years since Mohammad Azharuddin s side had done the same in 1993. Shastri, who usually does not hold back his feelings, admitted that despite having numerous experienced players in the side, the team was not strong enough to win a series in the island nation for 22 years. Nevertheless, Shastri s comments are still debatable, as Rahul Dravid s men won series in West Indies and England, while MS Dhoni led them to a series win in New Zealand and a draw on a tough tour of South Africa. FULL CRICKET SCORECARD: India vs Sri Lanka 2017 – 2nd Test at Colombo

Shastri said: This Indian team has been with each other for two years and they are much more experienced now. They have already done things that a lot of other Indian teams and a lot of big names couldn t do in their careers, for example, winning a series here in Sri Lanka [in 2015]. A lot of big [Indian] names have played for 20 years and they have come to Sri Lanka many times but they have never won a series. This team has done that. This team is used to doing things that a lot of other [Indian] teams haven t done and that too overseas.

I think he [Kohli] is still young. I can see a very big difference from when he captained in his first Test to what he is now. I was there in Adelaide when he captained in his first match and he is 27 Tests old now as captain. You can see a big difference. You can see it in the body language that he has matured, and he will continue to mature and learn. For his age, he has done a lot [already] and there are signs that he can be right up there with the very best. Kohli stays at 5th spot in ICC Test Rankings for Batsmen, Jadeja tops bowlers list

Speaking on his coaching career, he added: I don t carry any baggage. For me, it was like walking into the dressing room as I had left it. Nothing has changed and there were no special buttons I had to press. It was just that one play button and off you went.

Moreover, speaking on India s upcoming tough tours of South Africa, England and Australia, he said, When you say overseas tours like South Africa, England, etc. it is a lot of tough cricket coming up and I see it as an opportunity. I am very positive that this team can do things that probably no other Indian team has done.

I am not going to go as far ahead as South Africa tour. I live in the present. We are 1-0 up. We want to keep that record intact and treat every game as a new game where the rules are the same. You go out to play your brand of cricket and you go out to win. As simple as that! he added. Nice to see Shikhar Dhawan play like that , says Sanath Jayasuriya

Shastri was asked on the atmosphere in the dressing-room, to which he replied: I don t know what [the dressing-room] was like 10 months ago. As far as I am concerned I just had to walk in and that was enough. My role is to be in charge of the entire support staff, to make sure that we get the boys in some great mental space to go out and express themselves with nothing else on their minds but to go out and play a brand of cricket which you have seen India play over the last three years. That is positive and fearless.

When you have been around the game for 37 years you probably learnt a little bit. So that experience is very handy for me in knowing exactly how to deal with the players. I have been manager, director, now I am head coach it s the same role, absolutely the same role. So you know what s contemporary and what s happening at the moment and you relate with people in that fashion. I don t think at this level coaching is needed. At this level, it is all about fine-tuning and getting the blokes in good mental space to go out and play the game. They know they have reached here because they are good.” 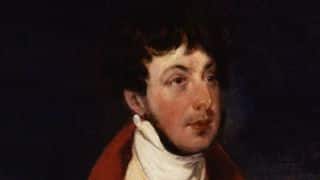