The Committee of Administrators has reportedly given a partial extension to the Ravi Shastri-led India coaching staff.

The Committee of Administrators (CoA) has reportedly given a partial extension to the Ravi Shastri-led India coaching staff till the West Indies tour which gets underway after the ICC World Cup in England. (READ: IPL will be crucial for WC selection – BCCI)

Post the conclusion of the Caribbean tour, the Board of Control for Cricket in India (BCCI) will then advertise for the role of various coaching positions as it did while appointing the current set of personals in 2017.

“The way they were picked last time around after Anil Kumble resigned (in July 2017), the same selection method will be followed this time too,” Mumbai Mirror quoted a source as saying.

The incumbents including Shastri, Sanjay Bangar (batting coach), Bharat Arun (bowling coach) and R Sridhar (fielding coach) will gain a direct entry into the final shortlist as was the case with Kumble who tendered resignation after India captain Virat Kohli had expressed reservations over his methodology.

However, as per ESPNCricinfo, BCCI is set to advertise for the coaching position soon and the interviews will be conducted ahead of the West Indies tour which starts in late July. Post that, the board will take a call on whether to give Shastri and company an extension or appoint an interim coaching staff.

The report further claimed that the BCCI will likely approach the Cricket Advisory Committee (CAC) that includes Sachin Tendulkar, Sourav Ganguly and VVS Laxman for the overseeing the process.

Shastri and co’s tenure contracts will expire after the World Cup. 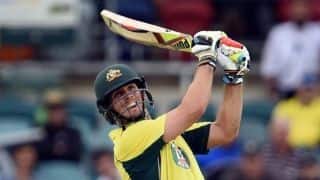