Cook, in his farewell Test, has moved to fifth in the overall Test run-getter s list behind Tendulkar, Ponting, Kallis and Dravid

Alastair Cook will retire as the most successful left-hand batsman in the history of Test cricket, having moved past Kumar Sangakkara s tally of 12,400 runs during his final innings. Cook, already England s all-time leading run-getter, crossed the statistical milestone when he moved to 76 on day four of the fifth Test against India at Kia Oval.

With this, Cook, in his farewell Test, progressed to fifth in the overall Test run-getter s list behind Sachin Tendulkar, Ricky Ponting, Jacques Kallis and Rahul Dravid. The 33-year-old is also on track to become the fifth player to score a century on Test debut and in last Test.

This is Cook s 161st Test match. In 2006, at the age of 21, he made a century on debut against India in Nagpur. He announced last week that the Kia Oval Test would be his last. 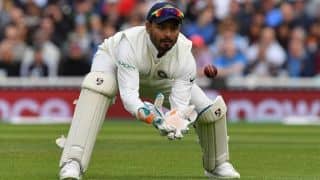 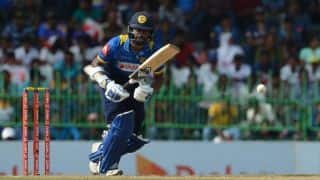