South Africa might not be among the favourites but the World Cup is a stage where anything can happen, says Rassie van der Dussen.

South Africa might not be among the favourites but the World Cup is a stage where anything can happen, says Rassie van der Dussen.

“I am excited for the World Cup,” Van der Dussen told Sport24. “We don’t go in as favourites, but you never know what can happen.”

A dream start to his ODI career has seen the 30-year-old South Africa batsman making the cut for the World Cup in England. Having made his debut in January this year, Van der Dussen has struck 358 runs at a stunning average of 88.25 with four half-centuries in nine ODIs.

Van der Dussen missed out on a debut ODI hundred against Pakistan in January after being dismissed on 93.

Talking about his debut, he said, “Playing for the Proteas is the stuff that dreams are made of and this year has been unbelievable on a personal front. It’s something I have worked towards for a long time in my career and to finally get there was very satisfying.

“When I had the opportunity to wield the willow, I went out there and did what I have always done. I followed the same processes by taking it one ball at a time. My 93 off 101 balls is definitely an early career highlight from an international point of view and I couldn’t have asked for much more,” he said.

Van der Dussen says South Africa will aim to channelize the spirit of the famous ‘438’ game against Australia in 2006. Set a record-breaking target of 435 to win, SA pulled off a stunning chase at Wanderers.

“Definitely. I remember the famous ‘438’ game in 2006 quite vividly. It was a Sunday and I watched the whole match. As painful as watching Australia’s innings with the bat was, I always felt that the Proteas had something special in them. To be honest, I never really lost hope or thought that we would lose the match. Any South African doesn’t like to lose to Australia and the fact that the win clinched the five-match series was special. I sat and watched every ball and now it will be unbelievable to go to the UK and wear the jersey,” he said.

He added, “I can tell you that we are going to give every ounce of who we are as players in an attempt to win the 2019 World Cup. There are very few instances, if any, that are bigger and come with the amount of honour and responsibility than being chosen to represent the country that you love on the biggest stage in the world. I know the support from back home will be unbelievable and that is always inspiring for a sportsman in general.” 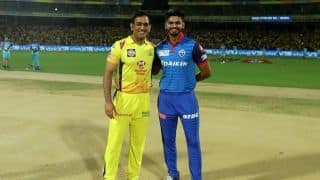 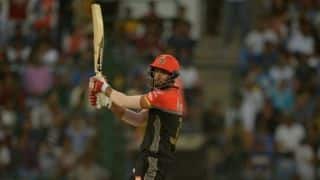