"I think the infrastructure of how football is run in India is going to become critical," says Sachin Tendulkar.

Although Sachin Tendulkar is not the biggest name in the world of football, when it comes to the world of sports, he is indeed one of the biggest sporting stars. However, only a handful of people from the other sporting world know him. He is indeed the most recognised sporting personality in India. Although he retired from cricket in 2013 with an illustrious career, he is trying his hands in football, after owning a major stake in the Indian Super League (ISL) franchise Kerala Blasters. The team reached the final of the tournament in the inaugural season in 2014, and also drew an amount of 50,000 crowds, which proved that India indeed has a huge craze for football, with the FIFA U-17 World Cup slated to be held in the country in 2017. Sachin Tendulkar asks first ever question in Rajya Sabha in 3 years

In an exclusive interview with FIFA.com, “Right from my childhood. I’ve played football as a kid and have enjoyed doing so even when playing for India, as warm-up sessions tend to be volleyball or football. It’s a lot of fun and one of those sports in the world that you can’t stay away from. It was more for my personal enjoyment, rather than following a particular team – when it was shown on television I would always appreciate it though.” Virender Sehwag: Tendulkar, Ganguly, Dravid, Kumble to be thanked for my success

“I attended a Manchester United match and obviously Sir Bobby Charlton was there, so we watched the game together. It was a fantastic experience. I really enjoyed the atmosphere there. The fan engagement and how they respond to every little thing that they do is incredible. I thoroughly enjoyed my experience and it was a memorable one. Just to be Manchester United’s guest was special,” he added. Sachin Tendulkar, Rahul Dravid, Sourav Ganguly and others in one rare picture

On being asked about if the foorball rivalry in England is similar to that of cricket in India, he said, “Very much, it reminds me of the people back home. Extremely passionate and every little thing that we do matters; every little thing is monitored; every little thing has hundreds of people passing judgement. Everything is under a microscope.” Sachin Tendulkar blamed Greg Chappell of causing regress to Indian cricket

“Football is getting popular – it’s nowhere near cricket, but I don’t like comparisons. It’s about appreciating each and every sport – the skills, the hard work and the sacrifices the players make. Each individual should be respected for that and Indian people are appreciating ISL in a big way. I’m thrilled that their response has been special and people are following not only the foreign players but the domestic players too. They are becoming heroes, role models and overall that is how football in India is going to grow. With India’s billion-plus population, if it grows it’s definitely going to have a positive impact on football all over the world,” he added.

On being asked about his views with India hosting the FIFA U-17 World Cup in 2017 and how is the atmosphere in the nation ahead of it, he said, Absolutely massive. Everyone is looking forward to it, everyone is excited and the guys are waiting to welcome the World Cup to India. It’s going to be massive, it’s good for India because people are appreciating ISL and FIFA coming to India is a big, big thing.”

“I feel India is embracing other sports in a big away and this was a great opportunity to be involved with football and contribute in whatever possible manner in Kerala and then promote football there. The response has been phenomenal – we’ve had huge average crowds – so it’s been fabulous,” he added.

Speaking on his ISL franchise Kerala Blasters performance in 2014, he said, “I was extremely happy. We didn’t start the last season well, both [coach] David James and I took some time and were pretty confident that slowly, slowly things would start to get better – and they did actually. The team stuck together, they played quality football and won the hearts of people. You can’t always go out and win each and every game, but you can go out and win hearts. That’s what we were able to do last season. Yes, the players were disappointed after they lost in the final, so I spoke to them after in the dressing room and told them how proud I was. I felt the way we played we should have won the championship, but sometimes these things don’t go the way you want. Sometimes the script is something else.”

“I think the infrastructure of how football is run in India is going to become critical. How the season is played also becomes very important – you want to try to make your domestic season as competitive as possible and then find the best talent who are part of the ISL. With the exposure of having rubbed shoulders with some of the top footballers from all parts of the world, the Indian team will eventually benefit as well. I have no doubts that the change is going to happen and happen for the better,” he concluded on being aksed about how footba;ll would benefit from cricket in India. 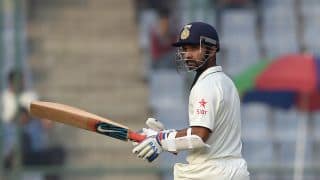 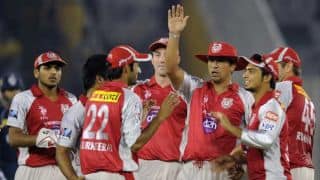