Sachin Tendulkar is a man of his words, says Atul Ranade

Sachin Tendulkar is a man of his words, says Atul Ranade 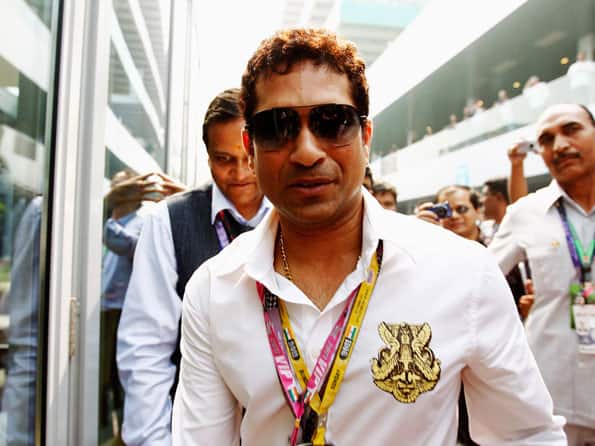 “Sachin is a man of his word. He has always played benefit matches for former cricketers and Test players whenever he has promised he would. He doesn t play just one or two overs; he makes sure that he plays for at least 15-20 overs. He scores at least 70 to 80 runs, making sure that the day is special for the guy in question. He goes beyond the call of duty in doing this. What the former players tell him is, ‘You just come and you meet the sponsors, bat for about 15 or 30 minutes and then go. The expectation is that he step on the ground, show up for the toss and lead the side and bat a little bit. But he plays so seriously,” Ranade was quoted as saying in bcci.tv.

While sharing memories about Tendulkar, Ranade asserts the master blaster is a food enthusiast.

“Sachin s love for sea food is widely known. I had got some lobster and Sachin was to come home and cook it. We were supposed to cook a dish called ‘Lobster Thermidor . Sachin lit the gas and said he would cook this dish with cheese, cream and all the other ingredients I had put together. The result would be a sort of risotto. But we ended up ruining the lobster. It went so completely and disastrously wrong, we would have needed to stick a thermometer into the Thermidor! Nobody could eat that lobster. Everything was wasted. He ended up spoiling the dish.

Ranade and Tendulkar had recently visited Ramakant Achrekar and spent time celebrating the 79th birthday of the famous coach.

“He has this unbelievable humility which is seen even now when he goes and visits our Achrekar Sir. Recently, he made it a point to come and attend a celebration of Sir s 79th birthday, where he met up with school friends, all from Shardasharm. It was a Shardasharm reunion and it took place after almost 25 years. He made it a point [to come]. He had told me when we had gone to visit Sir in the hospital that he would make it a point to attend [the event] and he kept his word. We had managed to raise quite a bit of funds for our guru; when he refused to accept them, Sachin insisted that we all gather together, have a great time and hand over the collections.”

Recollecting how Tendulkar must have gone through and dealt with when he was unable to score the hundredth ton, Ranade said, “There is something that I would like to point out [to the] people [who were] suddenly [very critical of him] when he was not scoring runs that is, he was not scoring the [number] of runs that he normally does. He was scoring runs, but sadly people jumped to conclusions about his priorities. That is the reason he pointed to the India logo and the tricolour on his helmet [after he scored the hundredth international hundred]. All his life he has played for that and not for money, fame or such things. Everything has followed but even now his dream is to play for the country and to play to his full potential.”

“Winning the ICC World Cup 2011 was the ultimate dream for him. He almost cried when he was carried on the shoulders of his teammates. All of us, close friends and family, too had a tear in our eye to see his dream being fulfilled. That was an ultimate dream for a cricketer from a small place like Shivaji Park who had grown up looking up to Sunil Gavaskar and such greats of Indian cricket. I think the whole team deserves that success, not just Sachin.

He made it a point at the start of the World Cup that all should be channelised together in one direction. The goal should be one for all of them. It was a long process. It was a good couple of months [of preparation] before the World Cup, the tournaments which they played; a lot of planning went into it. It was all meticulously supervised by Sachin himself and all the seniors, of course. Gary Kirsten too had played a major role in this and the amount of respect that Sachin has for him is phenomenal and he showed it. It was a magic combination of Sachin along with Gary Kirsten and [MS] Dhoni; two brilliant minds and Dhoni, who has a positive mind on the field, that won the World Cup for the country,” Ranade explained.

“His ability to go on and perform, even physically the way he carries on it is the ultimate dream that he is living. What god has left him is his physical fitness. His ability to sustain himself and go on and on without having a serious breakdown [is remarkable]. He had three or four serious breakdowns but [his] ability to spring back is unbelievable and that comes from the desire to play for the country and nothing else. Making the bowler bowl to his strength is his forte. His desire is so strong that nothing can come in his way.”

Ranade s favourite Tendulakr innings has been the batsman s knock against Pakistan in South Africa during 2003 ICC World Cup.

“It is Sachin s 98 versus Pakistan in South Africa [at SuperSport Park, Centurion during the 2003 ICC World Cup], where he upper-cut Shoaib Akhtar for six,” Ranade concluded.

Kings XI Punjab to have new logo in IPL 5