The gun battle between the terrorists and the Indian army lasted about 17 hours on January 2.

Sachin Tendulkar paid tribute to the martyrs in the recent Pathankot attack on social media. The legendary crickter tweeted, “The real heroes of the country are the security forces who have once again shown their steel in the #patankhotattack. Tragic to lose some of these bravehearts. Heartfelt condolences to the family and friends of the martyrs.” The Indian state of Punjab had a terrible start to 2016 when a group of heavily armed terrorists attacked the Pathankot Air Force Station, part of the Western Air Command of the Indian Air Force. While two terrorists and three security forces personnel were killed in the initial battle, the death toll later on went almost above 12. READ: Pranav Dhanawade congratulated by Sachin Tendulkar, Harbhajan Singh among others

The gun battle and the subsequent combing operation lasted about 17 hours on 2 January. The terrorists, who were wearing Indian Army fatigues, were suspected to belong to Jaish-e-Mohammed, an Islamist terrorist group.

Earlier, Tendulkar had his eyes on the 15-year-old schoolboy Pranav Dhanawade‘s historic innings of 1009 runs from 323 balls he had faced on Tuesday. The former Indian batting maestro was among the many well-known people congratulating the Mumbai teenager for becoming the first-ever batsmen to record a quadruple-digit score in a single, innings, smashing 59 sixes and 129 fours in the 323 deliveries that he smashed at a strike-rate of over 300. KC Gandhi High School, the institution whose cricket team Dhanawane was playing for, declared on a score of 1465.

“Congrats #PranavDhanawade on being the first ever to score 1000 runs in an innings. Well done and work hard. You need to scale new peaks!” Tendulkar said.

The real heroes of the country are the security forces who have once again shown their steel in the #PathankotAttack . (1/2)

Tragic to lose some of these bravehearts. Heartfelt condolences to the family and friends of the martyrs. (2/2)

Meanwhile, after Tendulkar other cricketing big names like MS Dhoni, Ajinkya Rahane, Harbhajan Singh, Dwayne Bravo and many others congratulated the youngster for his unbelievable feat. According to a report on the Deccan Chronicle, the Maharashtra government has announced its intent to bear the educational, as well as coaching expenses of Dhanawade.READ: MS Dhoni, Ajinkya Rahane pay tribute to Pranav Dhanawade’s world record 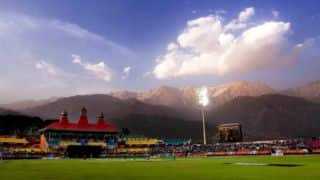 ICC World T20 2016: GS Bali leaves it on BCCI to play or call off match against Pakistan 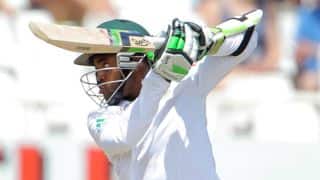