Former India batsman Sachin Tendulkar has urged Virat Kohli to continue his majestic batting form for the remaining four matches of the India-England Test series. Tendulkar, impressed with Kohli’s knocks of 149 and 51 during the first Test at Edgbaston, advised the Indian skipper to maintain his focus, highlighting that he is doing a commendable job as a batsman and captain of the Indian team.

READ: What India must do to win at Lord’s

“I would say, just continue, he’s doing a fantastic job so just continue,” Tendulkar, who is in North London for the launch of the Tendulkar Middlesex Global Academy, told ESPNcricinfo.

“Don’t worry about what’s happening around you, keep your focus on what you want to achieve, and let your heart guide the way. Along the way there will be plenty of things said and done, but eventually, if you are passionate about what you want in life, then the results will invariably follow.”

Kohli waged a lone battle, scoring an aggregate of 200 runs, in the first Test which India lost by 31 runs. The rest of the batsmen managed a sorry tally of 214 runs from both innings, an alarming fact that demonstrates just how overdependent the current Indian team is on its captain, to an extent that parallels are being drawn between this Indian team and the team that used to tour in the 1990s, where the only silver lining would be Tendulkar.

And as India get ready to get their act together at Lord’s, the venue for the second Test, the focus will once again be on Indian cricket’s hottest property, Kohli, to lead from the front and level the series for India.

“You want more runs, and that is the case with Virat. However many runs he scores, it will never be enough for him. The downfall starts when you are satisfied. It’s nice to be happy, but never be satisfied when you are a batsman. Bowlers can only get ten wickets, but batsmen can go on and go, so don’t be satisfied, just be happy”, Tendulkar added. 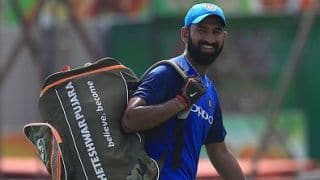 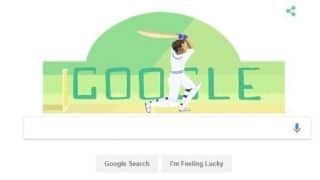