Saeed Ajmal: The art of spin bowling is dying

Saeed Ajmal: The art of spin bowling is dying

Saeed Ajmal on Sunday came out with a warning for the young slow bowlers that the art of spin bowling is slowly dying.

Pakistan slow bowler and off-spinner Saeed Ajmal on Sunday came out with a warning for the young slow bowlers that the art of spin bowling is slowly dying and that something needs to be done to bring back the charisma of the slow bowlers back on field. Ajmal used to be the no. 1 bowler in the world in the One-Day Internationals (ODIs), before he was banned for suspect and illegal bowling action in September 2014. Although he remodeled his action in February 2015, his bid to make a comeback to the Pakistan national side was not a successful one, as he struggled to get back to the wicket-taking form. Although being overlooked for the upcoming tour of England as well, he still hopes of making it back to the side some day in the future. Sarfraz Ahmed fails fitness test ahead of England tour

“It feels like I’m starting my career again. Honestly it’s felt like I was back at school learning how to bowl again,” Ajmal said to pakpassion.net. “I’ve had to redevelop my bowling and re-invent myself as a cricketer. It’s been a long, tough road but I’m happy with where I am at the moment and I’m pleased with my form,” he added. However, he felt that slow bowlers should be given a certain liberty to level themselves from the deadly approach of the batsmen on the field. Saeed Ajmal: Saqlain Mushtaq instilled confidence back in me

“Modern day cricket has become a game that has been designed for batsmen. Spinners are penalised for their bowling actions but look at the size of cricket bats these days, they are like tree trunks. Also look at the power-play rules and the relevant field-settings.” said Ajmal. “Fast bowlers have been given two bouncers an over, but what concessions have the spinners been given? I’ll tell you what they’ve been given – nothing apart from more suspicion and scrutiny. The art of off-spin is dying [and] the number of off-spinners around the world is dwindling,” he added. Dean Jones backs off-spinner Saeed Ajmal to make Pakistan comback

Ajmal, who underwent tests at the Bupa National Cricket Centre in Brisbane, was reported to  to have found his elbow straightened to 43 degrees, which is clearly above the legal limit of 15 degrees, according to the International Cricket Council (ICC) guidelines. Meanwhile, Ajmal also welcomed Mickey Arthur as new Pakistan head coach and said he was the right man to impose much-needed discipline on the players.

“Discipline is a must. There must be no compromise when it comes to discipline in Pakistan cricket and this is perhaps an area where we have let ourselves down in the past,” said Ajmal. “Some of our boys have lacked discipline on and off the field and this has meant that they have underachieved so far in their careers.  Those boys need to take a look at themselves and think about what they want to achieve from cricket, before it’s too late for them. There is no point having talent if you have no discipline. Some Pakistan players need someone behind them with a stick to get them to work and hopefully Mickey Arthur is that man,” he concluded. 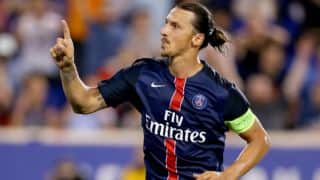 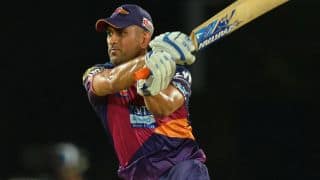 MS Dhoni and RPS: Knocked down but not knocked out