Sakshi Dhoni had earlier made rounds on social media when she questioned Union Minister Ravi Shankar Prasad for leaking MS Dhoni s Adhaar card details in public on Tuesday. Little did she realise that her actions would create an outburst on social media. As soon as she lashed out on the Minister, a pool of abusive comments started flowing below her comments. The language of the comments was offensive, especially since the Minister hailed from BJP. Only last year, the right-wing Hindutva trolls had made fun of veteran Congress leader, Digvijay Singh s daughter even when he remained grief-stricken because of his young daughter s death. MS Dhoni’s proud wife Sakshi writes: No mountains high enough to stop you from climbing

@rsprasad @CSCegov_ is there any privacy left ??? Information of adhaar card including application is made public property!#disappointed

@SaakshiSRawat No it is not a public property. Does this Tweet divulge any personal information? Ravi Shankar Prasad (@rsprasad) March 28, 2017

@rsprasad Sir I m talking about the application which was tweeted along with picture by @CSCegov_ pic.twitter.com/EHYwzfzfKR Sakshi Singh (@SaakshiSRawat) March 28, 2017

@SaakshiSRawat Thanks for bringing this to my notice. Sharing personal information is illegal. Serious action will be taken against this.

Thanks to all the unknown ppl who msged me to warn me about the leak of personal info last evening…#makeindiasecure pic.twitter.com/LnqP4R70xC

On Tuesday, Prasad had tweeted about Dhoni getting his Aadhar Card formalities completed at home, along with a picture of the cricketer. Sakshi was quick enough to see what had gone wrong, and commented on the same thread, expressing her unhappiness over her husband s personal details being divulged online. However, Prasad was prompt to reply and assured Sakshi to take action soon. Meanwhile, all MS Dhoni fans can rejoice as the T20 season will begin and one can watch him play for Rising Pune Supergiant (RPS) under new captain Steven Smith. Owner of the franchise Sanjiv Goenka had said he wanted to change the fortunes of RPS for what could be their final year.

Meanwhile, Smith who was in the national capital on Thursday, insisted in his press-conference that there are no issues between him and former Indian captain Dhoni. Smith further insisted that Dhoni has been really supportive and that his professional relationship with him would not change irrespective of the 35-year-old s removal as the captain of the Pune team.

Smith along with India s Ajinkya Rahane and the new addition to the team, Ben Stokes had unveiled RPS s new jersey for IPL 2017. 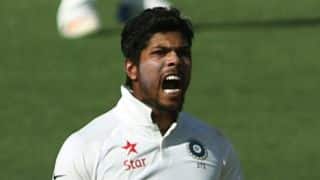 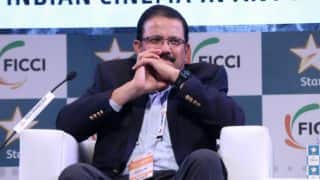