“One thing the ICC have been charged with in the past is they don’t worry with the big names and they’ll go after the small names,” “Hussain told Sky Sports. “In this case there are not many bigger names, especially in this part of the world, than Sanath.”

Hussain went on to say that he heard rumors about more names involved in corruption in cricket and warned that this is just the start.

“I’ve been in commentary boxes with Sri Lankan and ex-Sri Lankan players and there are so many rumours about big names coming out. In a funny sort of way I am pleased it has come out because there have been so many rumours.

“There are other names that are going to come out. This is going to be just the tip of the iceberg. It is a huge story, he is one of the iconic figures – if not only Sri Lanka cricket but also world cricket. A former captain, a great player of world cricket, former chairman of selectors,”he added.

In a release Monday, the ICC charged Jayasuriya under Articles 2.4.6 and 2.4.7 which pertain to “failure of refusal, without compelling justification to cooperate with any investigation carried out by the ACU, including failure to provide accurately and completely any information and/or documentation requested by the ACU as part of such investigation” and “obstructing or delaying any investigation that may be carried out by the ACU, including concealing, tampering with or destroying any documentation or other information that may be relevant to that investigation and/or that may be evidence or may lead to the discovery of evidence of corrupt conduct under the Anti-Corruption Code.”

Responding to  the charges Jayasuriya refrained from making any comments about the issue that took the cricket fraternity by storm, but said that he has always conducted himself with “integrity and transparency”. 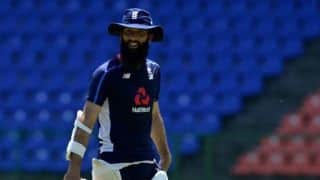 England need to be cautious against Lasith Malinga: Moeen Ali