Iqbal feels that the ebbs and flows of Test cricket are not something that Sarfraz is able to manage.

Asif Iqbal, the former Pakistan captain, has called for Sarfraz Ahmed to be replaced as skipper of the Test team on account of a lack of concentration across five days. Speaking in the aftermath of Pakistan s series defeat to New Zealand after they lost the third Test in Abu Dhabi last week – which is the second series loss in the UAE under Sarfraz in the past 13 months – Iqbal said that the ebbs and flows of Test cricket are not something that Sarfraz is able to easily manage.

I understand that a few people are asking for Sarfaraz Ahmed to be removed as captain of the Pakistan side and I am one of them, he told pakpassion.net. Let me explain by saying that Sarfaraz is an ideal captain for Pakistan in the Twenty20 and ODI formats as he has the right sort of passion which you need for the shorter forms of the game. In Test cricket, however, the biggest challenge is to concentrate for up to five days, at all times.

As a captain, you not only need to plan ahead of the game in the dressing room, but also need to bring in your plans B and C, when things aren t going your way during the game. In Twenty20 and ODIs there isn t much time to worry about plans, but this is crucial in Tests as you don t only execute a plan but deal with the situation as it unfolds. What is also needed is a calm head and it’s important that one not show his frustrations as a captain as the team looks up to their leader guidance. All these are issues for Sarfaraz and on top of that, he is a young man and the pressure of expectations to be the best in all formats of the game is possibly too much to bear for him.

ALSO READ: Sarfraz s workload as captain across formats not a concern: Arthur

Iqbal is not the first former Pakistan player to call for Sarfraz to be relieved of the Test captaincy. Pakistan batting great Zaheer Abbas commented after the Dubai defeat that Sarfraz should give up the captaincy in at least one format, citing immense pressure as a factor. The head of the Pakistan Cricket Board s cricket committee Mohsin Khan recently said that the captaincy across the three formats is taking a physical toll on Sarfraz and advocated him to be relieved from leadership duties in Tests.

I am sure many others, including Sarfaraz Ahmed, may not agree with what I have to say but in my view, he should be replaced and the Test captaincy should be handed to a batsman who is well established and can hold his place in the side, said Iqbal. It may take a couple of years for the replacement to find his feat as Test captain and to settle down and gain confidence, but the selectors and team management need to give him that space and opportunity.

New Zealand won a hard-fought thrilling first Test by a mere four runs in Abu Dhabi before going down by an innings and 16 runs in the second in Dubai. In the decider back in Abu Dhabi, the skipper Kane Williamson led from the front with 89 and 139, backed by second-innings centurion Henry Nicholls, before the spinners and Tim Southee sealed a 123-run victory on day five.

This was New Zealand s first away Test series win over Pakistan in 49 years. Their last such came in 1969 when they won the second Test in Karachi and drew the other two.

According to Asif, who played 58 Tests, full credit was due to Williamson s side for how it played in challenging conditions.

Before any reasons for this loss can be discussed, there is one fundamental fact that we need to accept which is that the New Zealand Test side outplayed us completely, he said. To their extreme credit, they were playing in conditions which were alien to them and such conditions were better suited for Pakistan. We as fans and supporters have a habit of making excuses for losses but let s take this one for what it is, which is that the opposition played better cricket than us. 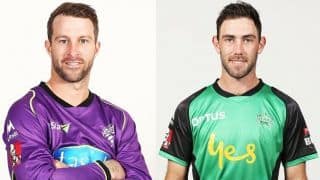 I have always been open to talks: Ramesh Powar after reapplying for India women’s head coach post