Afridi said SL players are willing to play in Pakistan, however, 'IPL guys say if you go to Pakistan, we won't give you a contract'.

After a Pakistan minister accused India of threatening players from Sri Lanka against participating in the upcoming tour of Pakistan, retired international star Shahid Afridi echoed the same sentiments.

As per a report in pakpassion.net, Afridi is quoted saying that he had talks with Sri Lankan players in the past regarding playing the PSL (Pakistan Super League) and the players apparently told him they are willing to play in Pakistan, however, ‘IPL guys say if you go to Pakistan, we won’t give you a contract’.

“SL players are under pressure from IPL franchises. I spoke to SL players last time also when there was discussion about them coming to Pakistan and taking part in PSL. They said that we want to come, but IPL guys say if you go to Pakistan, we won’t give you a contract. They are also professional cricketers and would like to play where they can get good money”

Interestingly, among the ten SL players who have opted not to go to Pakistan for the series, only Lasith Malinga has an IPL contract to him name with Mumbai Indians. Th other nine players are: Angelo Mathews, Dinesh Chandimal and skipper Dimuth Karunaratne. Niroshan Dickwella, Kusal Perera, Dhananjaya De Silva, Thisara Perera, Akila Dhananjaya and Suranga Lakmal.

Afridi also claimed that Pakistan have always supported Sri Lanka Cricket and asserted that the Lankan board should put pressure on the their centrally contracted players to be part of the touring team.

“Pakistan has always supported SL, it never happened that we had a tour of SL and some of our players rested. We always supported them and their cricket. In the same way, SL’s board should put pressure on their centrally contracted players to go to Pakistan. The SL players who will come in these conditions will always be known in Pakistan’s history, they should come,” he said as quoted by the website.

Regarding the tour itself, Sri Lanka‘s cricket board Thursday said it will go ahead with its tour of Pakistandespite fears that players could be the targets of terror attacks during the six-match visit. 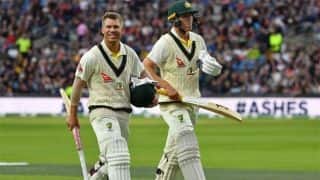 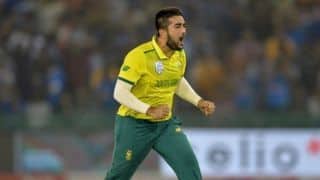