Pakistan‘s Shahid Afridi Monday criticised the national selectors for resting six senior players, including skipper Sarfraz Ahmed, for the upcoming ODI series against Australia, saying a good outing would have boosted their confidence ahead of the 2019 ICC Cricket World Cup.

In a surprising move, the selectors picked young speedster Mohammad Hasnain in the one-day squad although he has appeared in just two first-class games, played for the Pakistan juniors and did well in the ongoing Pakistan Super League. (ALSO READ: Sarfraz Ahmed rested, Shoaib Malik to lead Pakistan in Australia series)

“I don’t know but we must first give chances to the established bowlers like Junaid Khan, Wahab Riaz etc. First look and give proper chance to the established players because after all we are playing in the World Cup,” Afridi said.

The all-rounder was also critical of the decision to rest Sarfraz and other key players for the ‘home’ series, slated to be held in the UAE. (ALSO READ: Starc, Smith and Warner left out of Pakistan ODIs in UAE)

“Look if we had been playing against a weak side than it made sense to try new players but this is a series against a big team and I don’t think it was right time to rest players after all it is not as if they have been playing for some 10 or 15 years.”

“I would think that if our main players played against a team like Australia and did well it would boost their confidence for the World Cup.”

Afridi, who is playing for his third franchise (Multan) in the PSL, dismissed talks about him finally taking retirement from all cricket. (ALSO READ: 10-team format at ICC World Cup will provide level playing field to all teams: Inzamam-ul-Haq)

“I haven’t had a very good time in this PSL but let’s see which franchise picks me next season or I stay with Multan,” he said.

The former captain also felt that it was time for the PCB to hold its home series and the entire PSL in Pakistan.

“It was my dream to play this PSL in front of the crowds of Karachi where I have been raised and played all my cricket. I got it today.”

“The way the people have responded to the PSL matches being held in Pakistan I think it is a clear message that we as a nation love cricket and want to see matches at home.” 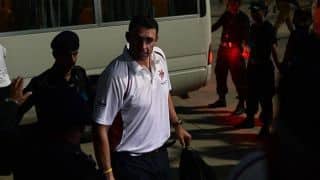 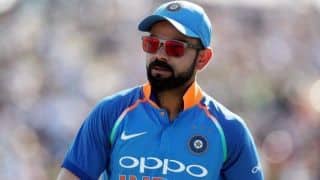