The five-match ODI series will start on March 22 in Sharjah and will end on March 31 in Dubai.

Sarfraz Ahmed has been rested while Shoaib Malik will take over the reins as Pakistan captain for the five-match ODI series against Australia in the UAE. The decision was announced by Chief Selector Inzamam-ul-Haq, who also informed that Pakistan have rested as many as six players to ensure they get adequate rest before the ICC World Cup 2019.

“The changes have been made taking into consideration the player workload in the build up to the World Cup, which starts 30 May. Apart from five ODIs against Australia, we have three warm-up games followed by five ODIs against England, and then two World Cup warm-up matches followed by, at least, nine games. This is too much cricket in a short period of time. Had there been no pre-World Cup matches in England, then we would not have made such changes,” Inzamam said at a press conference on Friday.

“I am pleased we have been able to develop a strong bench-strength that has helped us make eight changes from the previous series.”

Players rested including Sarfraz were Babar Azam, Shaheen Afridi, Fakhar Zaman, Shadab Khan and Hasan Ali. Hussain Talat was the only member who was dropped from the ODI squad that had toured South Africa earlier this year. Mohammad Hafeez, still recuperating from a thumb injury, has also missed out.

Shadab’s absence has earned Yasir Shah a recall. He last played an ODI last year against Zimbabwe. Inzamam said that the move was to ensure Pakistan have two leg-spinners in World Cup. “Yasir has been great in Test cricket and we are keeping open the possibility of having two wrist spinners at the World Cup. We hope we can help him transfer his Test match form to limited-overs cricket too,” he said.

The five-match ODI series will start on March 22 in Sharjah and will end on March 31 in Dubai. The series will be the last international assignment for both teams before they board the flight to England for the showpiece event. 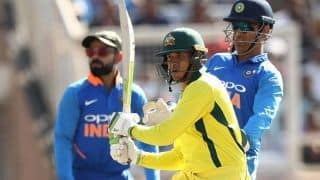 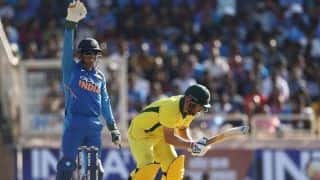