Under Shakib s captaincy, Bangladesh last week competed their first T20I series win against West Indies, coming back from defeat in the first match to win the double-header in Florida.

Steve Rhodes, who two months ago took over as head coach of the Bangladesh cricket team, has endorsed Shakib Al Hasan s leadership skills as amazing .

Under Shakib s captaincy, Bangladesh last week competed their first Twenty20 international series win against West Indies, coming back from defeat in the first match in Basseterre to win the double-header in Florida. During that 2-1 series win, which was Bangladesh s first against major opposition, Shakib was named Man of the Series for scoring the most runs (103) and taking three wickets.

We have got Shakib as the captain in T20s and Test matches, and tactically he is a fantastic captain. All the guys respect him, the way he plays his cricket. But his cricketing brain, and particularly in T20s, is amazing, Rhodes, who played 11 Tests and nine ODIs for England, told Cricbuzz. That is because he has played so much T20 cricket around the world, with so many franchises. He knows all the players and he knows the game (T20s). We are very lucky to have two very good captains.

Having been whitewashed in the two Tests versus West Indies, Bangladesh, under Mashrafe Mortaza, won the ODI leg of their tour 2-1 and then Shakib guided them to victories in the T20Is. Asked about the difference between Shakib the Test captain and Shakib the T20I captain, Rhodes said the key factor was how the team fared.

I think it was not down to Shakib’s captaincy. He is a very good captain. If we had a good start, if we had won the toss in that Test, we might have had some momentum. He is a quality captain and a quality cricketer, so is Mashrafe. So Bangladesh must be very grateful that we have got two very good captains. 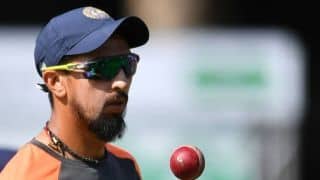