Former Australia legspinner Shane Warne might be in his way back to Indian Premier League franchise Rajasthan Royals as its coach for the second time running. Warne, who coached and captained the side to its first and only IPL crown in the inaugural edition in 2008, was with the side as its mentor but left for Australia for a short holiday before the Royals could finish their quota of 14 league games earlier this year.

As per a report in Bangalore Mirror, Warne, the second-leading Test wicket in the Tests, may be in for a full-time role as a coach as Royals seek to regain their lost glory. In 2018, Royals marked a return to the league after serving a two-year ban but could not qualify for the Playoffs, and Warne is expected to rediscover its lost glory. Warne had rendered a heartfelt apology in April after Royals received a 64-run thrashing at the hands of Chennai Super Kings.

Further reports have surfaced which state that Kings XI Punjab are also looking for a change in guard. Like Royals, KXIP too endured a forgettable campaign ending seventh on the points table. Of the 14 matches played, KXIP won just six, despite their star player Chris Gayle firing in the first-half of the campaign.

Hodge, who was appointed prior to the beginning of the season, along with the signing of Venkatesh Prasad as the side s bowling coach and Virender Sehwag as mentor, had raised concern about KXIP s misfiring batting-order, claiming that barring four or five players, no one has clicked.

Besides, doubts have also surfaced about Ricky Ponting s future with Delhi Daredevils, another side that witnessed an early exit from the competition. Ponting, who signed a two-year contract, was brought in as part of a revamped side, led by two-time IPL winning captain Gautam Gambhir.

And yet, DD managed to live up to their infamous tag of perennial underachievers. DD finished last in the standings with 10 points from 14 matches, even as there were shades of individual brilliance from Rishabh Pant and Shreyas Iyer. Before that, Ponting was also associated as mentor of Mumbai Indians from 2014 to 2017.

Royal Challengers Bangalore have also reportedly sacked a sizeable portion of their support staff, including head coach Daniel Vettori, bowling coach (and former Australian Test cricketer) Andrew McDonald, and batting and fielding coach, the Australian Trent Woodhill, as per a report in Mumbai Mirror. This was an outcome of RCB s dismal show over the past two seasons of IPL.

Ashish Nehra, who had joined the franchise last season as bowling mentor, has been retained, while Virat Kohli continues to remain at the helm till now. Vettori is likely to be replaced by Gary Kirsten, who was with RCB as batting consultant in 2018, though Sanjay Bangar s name has also cropped up. However, that will result in Bangar having to resign from the post of batting coach of the Indian team. 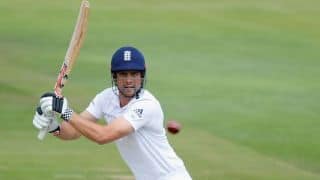 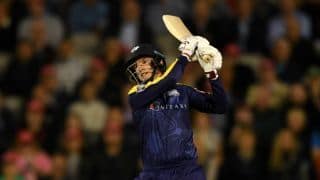