Michael Hussey was the skipper of Sydney Thunder during Big Bash League 2015-16 edition.

Australia s former cricketer and all-rounder Shane Watson is all set to take over a new role and this time as the captain of Big Bash League (BBL) franchise Sydney Thunder s captain. Season five saw Michael Hussey leading from the front and also helping lift the trophy. This time Watson has new responsibility on his shoulders and will also need to maintain the tag of defending champions. Hussey is now the club’s Director of Cricket. Watson has the required experience as a Twenty20 (T20) captain as he skipped the Indian Premier League (IPL) franchise Rajasthan Royals (RR) as well as his national side against India earlier this year. ALSO READ: Michael Hussey positive about Australia s chances in Sri Lanka

He has also lead the One-Day International (ODIs) nine times. Speaking to cricket.com.au on his new stint, Watson said, I’m very excited to be chosen as captain of the Sydney Thunder. I’ve got big shoes to fill with Mike Hussey doing an incredible job over the past couple of years. I’m going to have to be at my best to live up to what Mike’s done. I’ve got my own personality and style on how I like to play T20 cricket from my experiences of playing a lot of T20 cricket. Things won’t change that much but I have my own ideas on how the team can get the best out of themselves against world-class opposition.

Meanwhile, Hussey equally backed Watson and mentioned he was the perfect person to step into his shoes and lead the Thunder s, Shane joining Thunder last year was a real coup for the club and I’m pleased to see he’s accepted the position of captain. He has a lot of experience captaining at the very highest level and his leadership skills were a key factor in our success last year. ALSO READ: Mitchell Johnson reveals Shane Watson stuck his head in the toilet

He concluded, I’m very proud of the culture we’ve established within club and have no doubt that Shane is the perfect person to take the reins going forward. 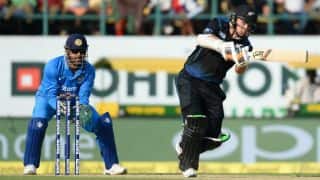 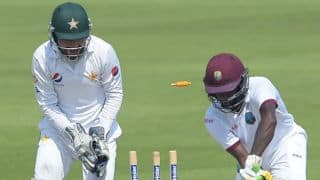